Briefing media after the meeting, Finance Minister Arun Jaitley said the government has decided on "five steps" to contain CAD, which widened to 2.4 per cent of the GDP in the first quarter of 2018-19. He said several issues were discussed during the meeting and decision on those are likely in the next few days. 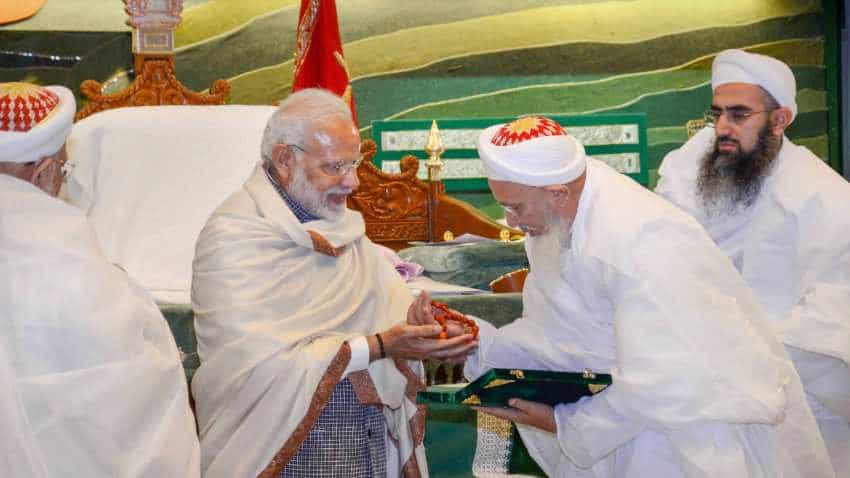 The government Friday announced an array of steps, including removal of withholding tax on Masala bonds, relaxation for FPIs, and curbs on non-essential imports, to contain the widening CAD and check the rupee fall. The decisions were taken at a meeting chaired by Prime Minister Narendra Modi to review the prevailing economic issues. Modi was briefed by RBI Governor Urjit Patel, and top officials of the finance ministry on the health of the economy. These measures are likely to have a positive impact to the tune of USD 8-10 billion, a top finance ministry official said.

Briefing media after the meeting, Finance Minister Arun Jaitley said the government has decided on "five steps" to contain CAD, which widened to 2.4 per cent of the GDP in the first quarter of 2018-19. He said several issues were discussed during the meeting and decision on those are likely in the next few days.

According to Jaitley, more issues would be discussed in the meeting with the Prime Minister tomorrow. The minister said that external factors like policies adopted by the US, trade war and crude oil prices are impacting economies like India, despite "strong fundamentals".

However, "there are some issues on which immediate action is needed," the minister said while announcing steps to increase inflow of foreign funds and check CAD.

One of the important decisions is that mandatory hedging condition for infrastructure loans will be reviewed. This relates to external commercial borrowing (ECB).

It has also been decided to permit manufacturing entities to avail ECB facility with minimum maturity of one year, instead of the earlier limit of three years, Jaitley said.

With regards to rupee denominated bonds, popularly known as Masala bonds, Jaitley said it has been decided to do away with the withholding tax on bonds issued till March 2019.

The current withholding tax is 5 per cent. It is to be noted here that no Masala bond has been issued so far in the current fiscal. Jaitley also informed that restrictions on Indian banks on marketing and under writing of masala bonds would be removed.

"To address the issue of expanding CAD, the government will take necessary steps to cut down non-essential imports and increase exports. The commodities of which imports will be cut down will be decided after consultations with concerned ministries and will be WTO-compliant," he said.

The restriction would also be imposed private imports of such items, sources said adding that the items have been identified. To a question on whether NRI bonds would be issued to stem the rupee fall, Jaitley refused to comment.

Large trade deficit and rupee decline against the US dollar are putting pressure on the CAD, and these steps are likely to have a positive impact on the external sector. Jaitley said the government gives importance to fiscal deficit and expressed hope it would be contained.

Economic Affairs Secretary S C Garg said the five measures would definitely have a meaningful impact. "It is difficult to give a specific number. I think it should have an impact of USD 8-10 billion," he said.
The rupee touched an all-time low of 72.91 against the US dollar on September 12 and it closed at 71.84.

The domestic currency has declined around 6 per cent since August and touched an all-time low of 72 level this week. Petrol and diesel prices have also touched record highs.