Govt to take own course on second term to Raghuram Rajan: Sadananda Gowda

Gowda also said he is not aware of the reported formation of a selection committee by the government to shortlist candidates for the post of RBI Governor. 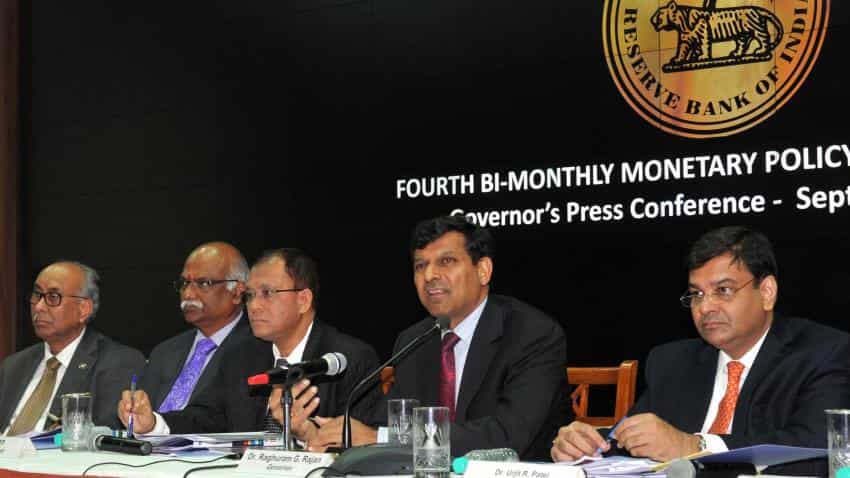 Government would take its "own course" on giving a second term to Reserve Bank of India (RBI) Governor Raghuram Rajan and deliberations and discussions in public domain would not decide it, Union Law Minister Sadananda Gowda said on Saturday.

Gowda also said he is not aware of the reported formation of a selection committee by the government to shortlist candidates for the post of RBI Governor.

"I am not aware of why the committee has been formed, and how the selection (of RBI Governor) will be done. I am really not aware," he told PTI.

Gowda's response came when he was asked if setting up of the committee to shortlist candidates for RBI Governor's post meant that government would not give a second term to Rajan.

The Union government, as per some media reports, had formed a selection committee headed by Cabinet Secretary P K Sinha for shortlisting candidates for RBI Governorship.

The issue of giving a second term to Rajan has generated much debate in public domain after BJP MP Subramanian Swamy launched an attack against him and wrote to Prime Minister Narendra Modi to remove him.

Gowda, however, said the government has its ways and means to decide on whether Rajan should be given the second term as the RBI Governor or not.

"Deliberations and discussions in public domain will not decide the issue. The government has its own ways and means of how it should process it - whether to continue, not to continue (Rajan). The government will take its own course," he said.

Stepping up his campaign against Rajan, Swamy, in a letter to Modi, had urged him to "terminate" his services "effective immediately" or when his term ends in September because he was "mentally not fully Indian".

In yet another salvo at Rajan, Swamy had on Saturday alleged that the former International Monetary Fund (IMF) chief economist had planted 'a time bomb' in the Indian financial system that will explode in December.

Asked to comment on whether Rajan's discontinuance as RBI Governor would affect the Indian market and flow of foreign investments, Gowda said, "There are positive and negative talks, but how this (Rajan issue) has to be done properly, and for that reason they might have decided to take the feedback across the country.