The auction conducted in 2015 fetched bids worth Rs 1.1 lakh crore -- the highest ever received in any spectrum auction held in India. 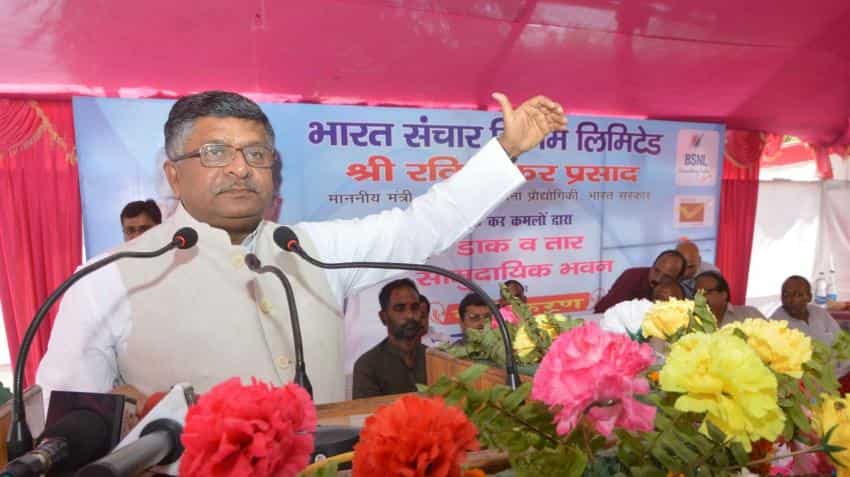 In what could be the biggest ever sale of telecom airwaves, the government will auction 2,000 megahertz of spectrum in the next two-three months, Union Minister Ravi Shankar Prasad said on Friday.

"I think in the coming two-three months as I expect we will go for one of the highest ever auction of 2,000 megahertz (MHz) so that you (industry players) have ample spectrum available. From sharing, trading and also auction-centric spectrum available," Prasad said at an Assocham event.

As per plan recommended by the Telecom Regulatory Authority of India (Trai), about 2,100 MHz of a spectrum is available for auction. At base price recommended by Trai, the auction has a potential to fetch bids worth Rs 5.36 lakh crore.

This amount is almost double the cost of all spectrum investment to date in India and more than 20 times the annual free cash flow of the entire mobile industry in India, as per global telecom industry body GSMA.

"Spectrum issue has been addressed. I am happy to hear that our last auction (2015), the highest ever, has generated a lot of confidence among all of you," Prasad said.

The auction conducted in 2015 fetched bids worth Rs 1.1 lakh crore -- the highest ever received in any spectrum auction held in India.

The minister said that at government level he has cleared all pending policies like spectrum trading, sharing and recently he has also cleared licence for virtual network operators and the guidelines for the same will be issued soon.

The government is also in discussion with Defence to free about 201 MHz of the spectrum. If freed, the value of total airwaves at a base price will reach around Rs 6 lakh crore.

Leading operators have requested to defer the sale of spectrum in 700 MHz band saying that ecosystem for providing services in this band was not developed and sale would lead to an underutilisation of the spectrum for several years and block industry's fund.

Akhil Gupta, Vice Chairman, Bharti Enterprises and Executive Chairman, Bharti Infratel said that government levies and taxes are too high on the industry and there is a need to find out a way to resolve this without impacting revenue to the exchequer.

He said that both government and industry need to work together to ensure a good financial health of the industry.

"While it is easy to say spectrum is very costly. I would again like to so say that onus is on the industry because we have been undisciplined in our approach when it comes to the tariff, freebies. I think we need to recognise that no bankrupt industry will be able to make the investment which this sector requires," Gupta said.