The government Tuesday approved new rules for bidding out oil and gas blocks as it reverted back to a two-decade old system of awarding areas based on exploration work commitment, granted marketing and pricing freedom. 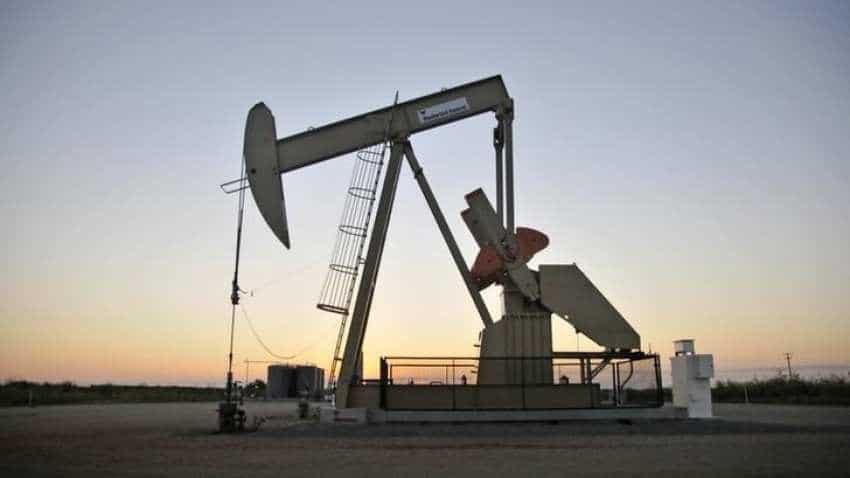 The government Tuesday approved new rules for bidding out oil and gas blocks as it reverted back to a two-decade old system of awarding areas. Image source: Reuters

The government Tuesday approved new rules for bidding out oil and gas blocks as it reverted back to a two-decade old system of awarding areas based on exploration work commitment, granted marketing and pricing freedom to yet to be developed discoveries and allowed ONGC to induct private firms in existing fields.

In a bid to boost flagging domestic production and cut imports, the Cabinet headed by Prime Minister Narendra Modi approved "a transparent, investor-friendly and competitive policy framework to accelerate exploration activities and provide impetus to expeditious production of oil and gas," an official statement said.

The new system of awarding blocks in not so prolific areas will replace a two-year-old method of awarding them to companies offering the highest revenue share to the government.

The Cabinet approved awarding of exploration blocks in Category-I basins, where commercial production of hydrocarbon has already been established, on the basis of a mix of work commitment and revenue share in the ratio of 70:30, Finance Minister Arun Jaitley told reporters here.

Exploration blocks in Category II and III basins will be awarded purely based on the exploration work programme.

This, he said, was based on the recommendation of a six-member panel, headed by NITI Aayog Vice Chairman Rajiv Kumar, which was formed on directions of Prime Minister Narendra Modi last year to give a boost to domestic exploration.

He said there will be no revenue or production sharing in these contracts but the government will get a share in case of windfall gains.

The trigger for such a sharing has been fixed at USD 2.5 billion in a financial year from the block.

In the older system, the explorer was guaranteed that his entire cost will be allowed to be recovered once commercially exploitable oil and gas is found. But in revenue sharing contract, the cost has no bearing and the companies are supposed to bid the revenue or production that they would give to the government at different levels of output and price.

The move to revenue sharing was despite several industry players stating that prospectivity in the country was poor and there was a need to give incentives to companies for exploration.

India has 26 sedimentary basins measuring 3.14 million square kilometers. These are classified into four categories: Category-I basins where commercial production has been established like Cambay, Mumbai

Bengal basin; and Category-IV which are the ones having uncertain potential which may be prospective by analogy with similar basins in the world. These include Karewa basin, Spiti-Zanskar basin, Satpura South Rewa Damodar basin, Chhattisgarh basin, Narmada basin, Deccan Syneclise, Bhima-Kaladgi, Bastar basin, Pranhita Godavari basin and Cuddapah basin.

"To incentivize enhanced gas production, marketing and pricing freedom has been granted for those new gas discoveries whose Field Development Plan (FDP) is yet to be approved," the statement said adding fiscal incentive is also provided on additional gas production from domestic fields over and above normal production.

To raise output from existing nomination fields of ONGC and OIL, enhanced production profile will be prepared by both PSUs. "For production enhancement, bringing new technology, and capital, national oil companies will be allowed to induct private sector partners," it said.

The production enhancement scheme for nomination field of state-owned ONGC and OIL is likely to augment production by leveraging new technology, capital and management practices through private sector participation, it added.

The operators in Category II & III areas be given more concessions such as full marketing freedom to expedite production.

An official statement issued after the Cabinet meeting said the objective of the policy is to attract new investment in exploration and production (E&P) sector, intensification of exploration activities in hitherto unexplored areas and liberalizing the policy in producing basins.

"Considering stagnant/declining domestic production of oil and gas, the rise in import dependence and decline in investment in E&P activities, the need to bring further policy reforms was felt," it said. "The policy provides for shorter exploration period and fiscal incentive for the commencement of early production. The contractor will have full marketing and pricing freedom for crude oil and natural gas to be sold at arm's length basis through a transparent and competitive bidding process."