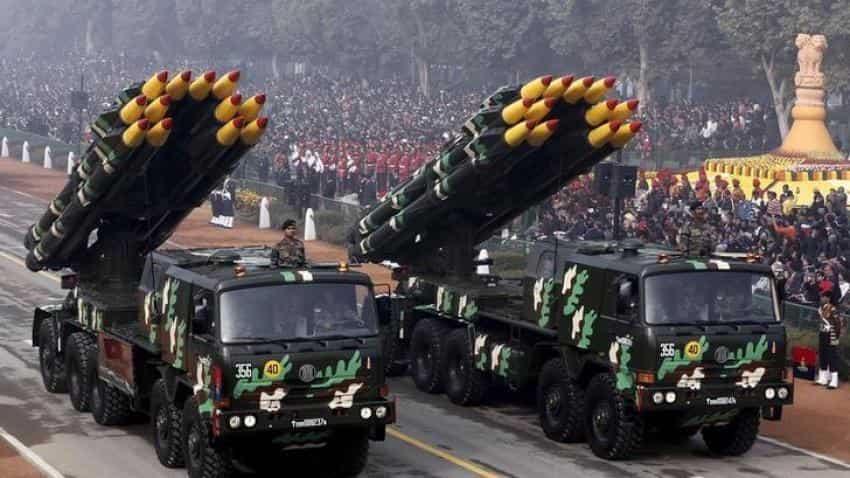 The government identified 12 military platforms and weapons systems for production in India to achieve the aim of "self-reliance". Image source: Reuters
Written By: PTI
RELATED NEWS

The defence ministry has sought comments and suggestions of experts and stakeholders on the policy. At present, India is one of the world's largest importer of military platforms and weapons. The government identified 12 military platforms and weapons systems for production in India to achieve the aim of "self-reliance". They are fighter aircraft, medium lift and utility helicopters, warships, land combat vehicles, missile systems, gun systems, small arms, ammunition and explosives, surveillance systems, electronic warfare (EW) systems and night fighting enablers, among others. The policy says the goal is to achieve a turnover of Rs 1,70,000 crore in defence goods and services by 2025 involving additional investment of nearly Rs 70,000 crore, creating employment for nearly 2 to 3 million people.

It says the aim is to achieve export of Rs 35,000 crore in defence goods and services by 2025. According to the policy, the government aims to make India self-reliant in defence production as well as fulfil demand of other friendly countries.

The policy says the licensing process for defence industries will be liberalised and the list of items requiring licences will be reviewed and pruned.

"Except a small negative list, other items will be taken out of purview of licensing," it says, adding all applications for licences will be disposed off in 30 days. It says 'no-objection certificates' and comments from all agencies must necessarily be received within two weeks of filing of the applications by the companies.

The policy says the tax regime will be rationalised to make domestic manufacturing attractive by ensuring that there is no tax inversion.

Taxes on import of capital goods and services, inputs and components used in defence production will be rationalised, it says.