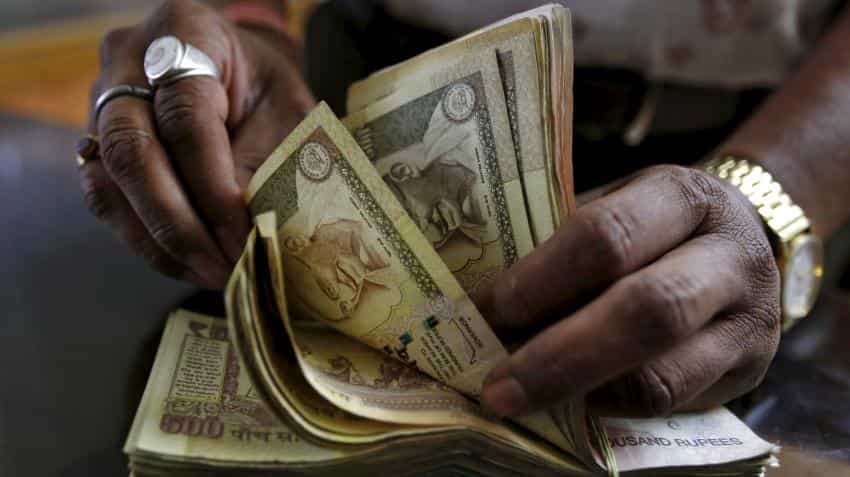 On the disinvestment front, the government is trying selling its stake in blue chip companies via SUUTI. Photo: Reuters
Written By: Hitisha Jain
RELATED NEWS

India Ratings & Research (Ind-Ra) expects the government to reach its fiscal deficit to Gross Domestic Product (GDP) target of 3.5% in FY17. The research agency said in a report that it doesn't expect the impact of salary revision under the 7th Pay commission recommendations to derail the central government's finances in view of adequate provisions made during the budget.

In February, while presenting the Union Budget, Finance Minister Arun Jaitley had said that revenue receipts were likely to grow 14.2%. As per the Ind-Ra report, this hinges on a 12.6% growth in direct taxes and a 10.8% growth in indirect taxes. Till July 2016, on a year-on-year basis, direct and indirect taxes grew 24.01% and 29.9%, respectively.

Looking at the rise in tax collection, Sunil Kumar Sinha, Principal Economist, Ind-Ra, in a note titled 'Economy in Motion, But Slow Investment Recovery is Hindering Growth Acceleration', said, "This means that tax collections are on course so far. Ind-Ra however, feels that non-tax revenue appears to be somewhat optimistic, particularly from the sale of spectrum. Also, the disinvestment receipts budgeted at Rs 360 billion will depend on market conditions and the government’s ability to stagger it throughout the year."

"Yet, Ind-Ra believes like previous years the government may stay on course so far as fiscal deficit is concerned, either by cutting capital expenditure or benefitting from unexpected quarters on the revenue front", Sinha said in his report.

According to it, with the global trade showing signs of improvement, the contraction in global and Indian trade growth has reduced since Q3FY16. In April, May and June, the imports have also contracted to 18.5%, 8.9%, and 2.3% respectively.

"Ind-Ra believes that due to the lack of global demand and soft commodity prices coupled with tepid domestic investment demand, the export and import trend will not to change during the remaining months of this fiscal. FY17 will also end with a comfortable CAD. After reaching a historical high in FY13, this will be the fourth consecutive year in which CAD will remain comfortable for India", Sinha added.