Reportedly, the pay hike for employees is the lowest in the last 70 years. 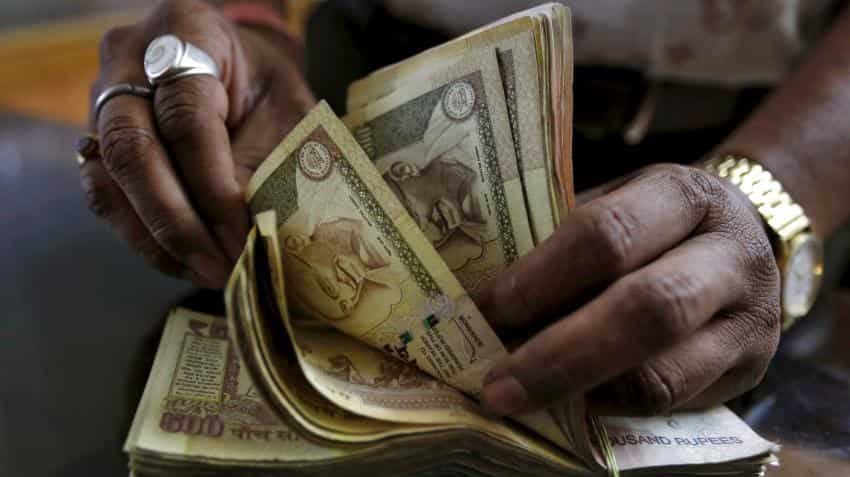 The revised pay for government employees will be effective from January, 2016 and the arrears will be paid during the current fiscal year. Photo: Reuters
Written By: ZeeBiz WebTeam
RELATED NEWS

The Government of India on Tuesday published the implementation notification of 7th Pay Commission. In a relief for nearly one crore employees, the central government workers will get the revised pay from August.

On June 29, Ministry of Finance cleared the 7th Pay Commission recommendations for 47 lakh central government employees and 52 lakh pensioners. In line with the recommendations, the basic salary of an employee was hiked from Rs 7000 to Rs 18000 per month.

However, reportedly, the pay hike for employees is the lowest in the last 70 years.

According to the notification, the revised pay for government employees will be effective from January 1, 2016, and the arrears will be paid during the current fiscal year.

A fitment factor of 2.57 for revising pay of all employees uniformly across all levels will be applicable. Although, the rate of annual increment has been retained at 3%.

Under the notification, there will be two dates for grant of increment in revised pay structure -- January 1 and July 1 of every year, instead of existing date of July 1 only.

The 23.55% overall hike in salaries, allowances and pension, would entail an additional burden of Rs 1.02 lakh crore or nearly 0.7% of the GDP, to the exchequer.

The recommendations on Allowances (except Dearness Allowance) will be referred to a Committee comprising Finance Secretary and Secretary (Expenditure) as Chairman and Secretaries of Home Affairs, Defence, Health and Family Welfare, Personnel and Training, Posts and Chairman, Railway Board as Members. The Committee will submit its report within a period of four months.

"Till a final decision on Allowances is taken based on the recommendations of this Committee, all allowances will continue to be paid at existing rates in existing pay structure, as if the pay had not been revised with effect from 1st day of January, 2016", notification said.