In July, 2013 the then government took the decision to release the key macro data (except WPI) at 5:30 pm. 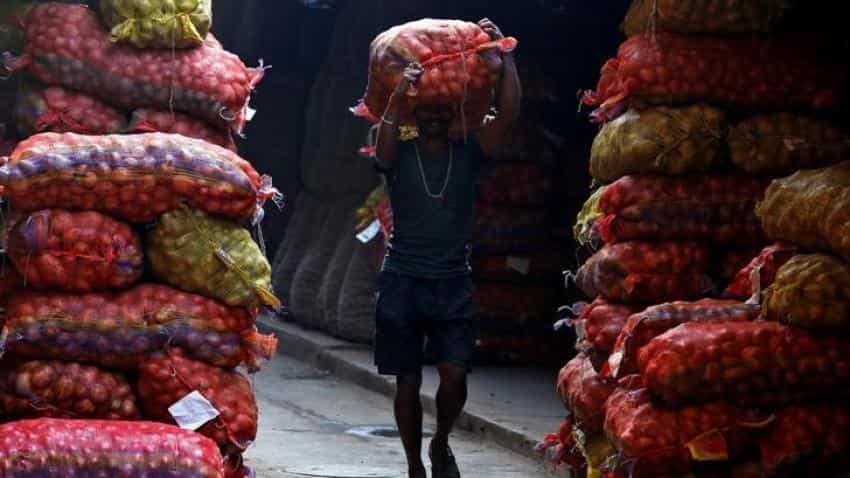 The Central Statistics Office (CSO) today released numbers of Consumer Price Index (CPI) inflation for May and Index of Industrial Production (IIP) for April. Both the macroeconomic indicators saw an uptick in their numbers in the latest month. It needs to be noted that, performance was in line with analysts expectations. CPI stood at 4.87% in the month of May 2018 - higher from 4.58% in April 2018 compared to 4.28% in March, 4.44% in February. While IIP came in at 4.9% for the month of April 2018 compared to 4.4% in March 2018 month.

Dr. Soumya Kanti Ghosh, Group Chief Economic Adviser at SBI Ecowrap says, “The CPI and IIP numbers portray a contrasting story of base effects. While the jump in CPI was anticipated, specifically the core CPI (still likely to peak in June 2018 and may even top 6.5% (base effect contributing close to 50 bps) on the back of a lowest core CPI in June 2017). IIP jumped too, but because of a favourable base.”

Ghosh said, "One of the key issues regarding the release of macro data by CSO that bothers us is the timing at 5:30 pm."

Ghosh said, “India is always pioneer in adopting international best practices in each and every sphere of policy making, governance and regulation. However, in one key area, i.e., CPI and IIP Data release, we were erstwhile following the best practices which were abandoned in 2013.”

Till June 2013, the key macro indicators data like CPI, IIP, WPI and GDP were released by 12 noon, the practice followed by various developed and developing economies. 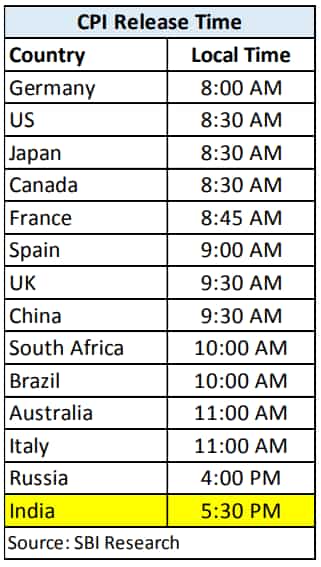 However, in July 2013 the then Government took the decision to release the key macro data (except WPI) at 5:30 pm, which was apparently done to prevent any knee-jerk reaction to unfavourable data prints at that time.

During Jan-Jun 2013, Rupee was too volatile and it was depreciating rapidly from as low as Rs 53 per dollar to as high as Rs 61 per dollar. During the same period, CPI was hovering in the range of 8-10%.

Ghosh said, “Now the situation has changed and market is much more stable. The most important thing is that the RBI’s targeted CPI inflation is now below 5%. Further, the markets always predict the data much before by various polls and adjust accordingly. So, the negative data doesn’t affect the markets significantly.”

The SBI Ecowrap report carried an analysts of timing of CPI released in some major countries, where it found  that almost all countries (except Russia) release the CPI data before noon.

This comes as a most important factor in deciding the key policy rate by central bank.

“We believe, this is the right time that Government should withdraw the 5-year old decision and release all the key macro-economic indicators data before noon (say 11.00 am), as per the international practices. This will also increase Government’s transparency in public disclosure,” said Ghosh.