Subramanian also said that the bad bank will adopt all other options of resolution, including changing the promoters and management as well. 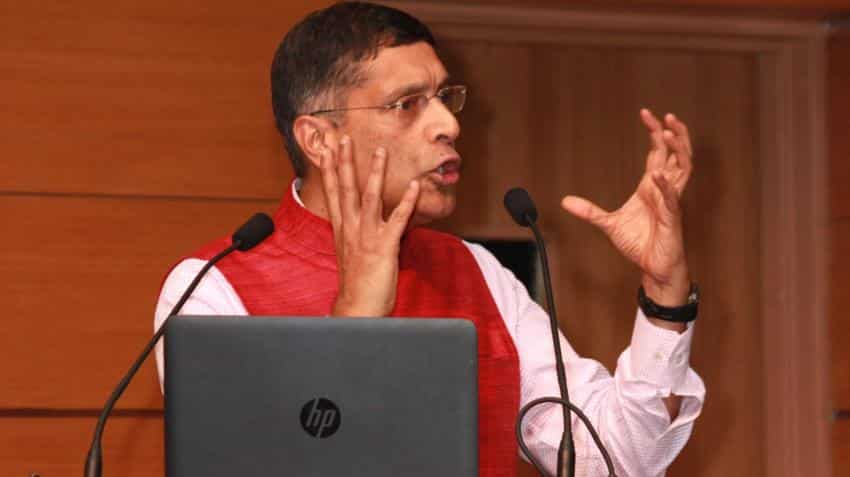 Setting up of a bad bank to hold such loans did not seem to be a top alternative for policy makers. Photo: IANS
Written By: PTI
RELATED NEWS

The government needs to bail out large corporate borrowers at times in a capitalist system though it may lead to charges of cronyism, Chief Economic Adviser Arvind Subramanian has said, while supporting the idea of a 'national bad bank'.

Conceding that bailing out big borrowers will lead to the allegations of corruption and crony capitalism, he underlined that at times there is no other way to solve the problem but to write off the mountain of debt.

As of December 2016, the total stressed assets, including restructured accounts, amounted to more than 15% of the total advances.

In order to tackle the mounting NPAs, there have been suggestions from various quarters to set up a 'bad bank', which Subramanian said could be a state-owned entity to collect banks' sour assets and try to resolve the stress, which may include writing off the bad loans where there is no scope of revival.

"It is a very difficult problem and not unique to India. No political system finds it easy to forgive debt to the private sector, especially to big companies," he said, while delivering the Hormis Memorial Lecture organised by Federal Bank here last evening.

"You need to be able to forgive those debts because this is how capitalism works. People make mistakes, those have to be forgiven to some extent," he said. "Political system has to be able to do that and bad bank is one way of trying to do that," he said.

Subramanian also said that the bad bank will adopt all other options of resolution, including changing the promoters and management as well.

There is a twin balance sheet problem, of stress in the corporate sector as well as the banks due to bad assets, which needs to be resolved so as to facilitate credit supply to the economy.

During a meeting of the Finance Ministry with the Reserve Bank brass last week to resolve stress in the system, the idea of a national bad bank reportedly took the back seat with the key players- the government, RBI and even large state-run banks -- not favouring the idea.

Setting up of a bad bank to hold such loans did not seem to be a top alternative for policy makers.

"We will have to weigh the pros and cons well before using tax payers' money to set up a bad bank," a source had said after the meeting.

Subramanian was also present at that meeting wherein experts had reportedly discussed proposals put forth by RBI Deputy Governor Viral Acharya in a recent public speech that favoured creation of a public sector AMC and many such entities run by the private sector to resolve the problem of bad loans.

The idea was recently backed by international credit rating agency Fitch. "Creating a bad bank could accelerate the resolution of stressed assets, but it may face significant logistical difficulties and would simultaneously require a credible bank recapitalisation programme to address the capital shortfalls at state-owned banks," Fitch had said.

In this year's Economic Survey, the CEA had come up with the idea of the bad bank which would funded from a portion of the large balance sheet of the Reserve Bank.

Last year also he had made a similar suggestion, which was opposed by the then RBI Governor Raghuram Rajan saying this would create a moral hazard.