Govt may present next Union Budget in January

GST rollout would also subsume various exemptions and cesses, which would obliviate the need for their presentation in the Budget. 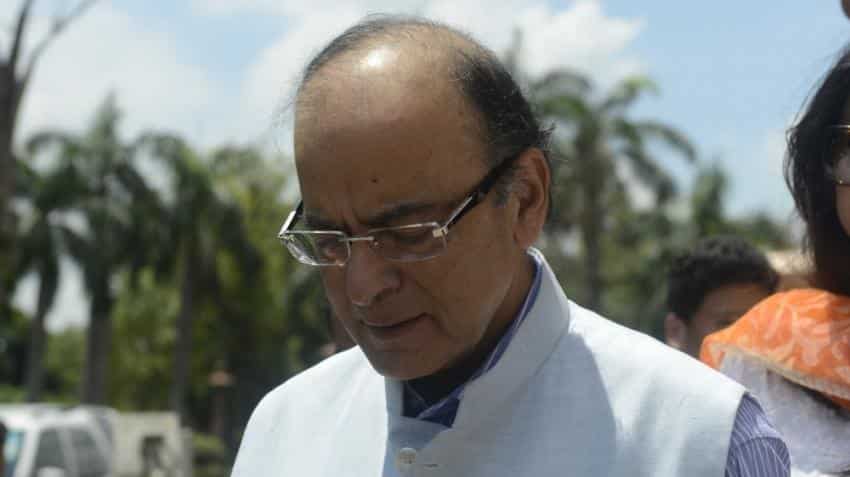 Finance Ministry is doing an overhaul of the entire Budget-making exercise. Photo: IANS

Union Budget has for decades been presented on last day of February, but this could soon change with the government mulling advancing it to January end so as to complete the budget exercise before the beginning of the new fiscal.

Finance Ministry is doing an overhaul of the entire Budget-making exercise which may see scrapping of the current practice of presenting a separate budget for Railways and the Budget document getting slimmer with indirect tax proposals finding almost no mention after excise duties, service tax and cesses being subsumed in the Goods and Service Tax (GST) regime.

Also on the anvil is abolition of distinction between Plan and non-Plan expenditure and replacing it with capital and revenue expenditure.

Sources said the government is of the view that the Budget exercise should ideally be over by March 31 every year as against the present practice of it being carried in two phases spread between February and May.

While the Constitution does not mandate any specific date for presentation of the Budget, it is usually presented on last working day of February and the two-stage process of Parliamentary approval takes it to mid-May.

As the financial year begins on April 1, the government in March takes Parliament approval for Vote on Account for a sum of money sufficient to meet expenditure on various items for two to three months. Demands and Appropriation Bill, entailing full year expenditure as well as tax changes, is then passed in April/May.

Sources said the finance ministry is of the view that if the process is initiated earlier, there would be no need for getting a Vote on Account and a full budget can be approved in one stage process before March 31.

The proposal before the government is to present the Budget in last week of January, preferably on January 31 and ramp up the entire process by March 31, they said.

The revenue department is also mulling preponing its pre-budget meetings with various stakeholders to September instead of holding them in November/December.

Besides the date of presentation of the Budget, the annual financial document for 2017-18 is likely to see another major overhaul with the abolition of 'Plan and non-plan expenditure' and replacing it with 'capital and revenue expenditure'.

The expenditure department in its pre-budget meetings with various other ministries and government departments will this time around seek for details of their envisaged revenue and capital expenditure from April 2017-March 2018.

"States are being consulted for capital and revenue expenditure classification. An internal group is working on it. This will give the right direction in simplification of accounts and also how we focus on expenditure," another source said.

Finance Minister Arun Jaitley in the Budget speech announced of doing away with Plan and Non-Plan classification from 2017-18, in line with the termination of 12th Five-Year Plan (2012-17).

Also with the roll out of the GST, possibly from April 1 2017, the need for the Union Government to legislate changes in the excise duties, service tax and cesses will cease to exit as they would all be subsumed in the new national sales tax. The GST rate is to be fixed by the GST Council comprising of union finance minister and representatives of all 29 states.

This would mean that the Part-B of the Budget, which contains tax proposals, would get slimmer with only direct tax proposals being mentioned besides a few other taxes, like Customs, which would continue to be in domain of the Centre even after GST rollout.

GST rollout would also subsume various exemptions and cesses, which would oblivate the need for their presentation in the Budget.

Besides, the 92-year-old practice of presenting a separate Rail Budget is set to come to an end from the next fiscal, as the government proposes to merge it with the General Budget.

With the merger, the issue of raising passenger fares, an unpopular decision, will be the Finance Minister's call.

The General Budget, referred to as the Annual Financial Statement in Article 112 of the Constitution of India, is presented by the Finance Minister in Parliament every year on last working day of February.

The budget, which is presented by means of the Financial Bill and the Appropriation bill has to be passed by the House before it can come into effect on April 1.

Until the year 2000, the Budget was announced at 5 pm on last working day of February. This practice was inherited from the pre-Independence era, when the British Parliament would pass the budget in the noon followed by India in the evening on the same day.

In 2001, the NDA government under Atal Bihari Vajpayee changed the ritual and the then Finance Minister Yashwant Sinha presented the Union Budget at 11 am.

Government has already set up a committee to examine the feasibility of having a new financial year, replacing the existing April-March period.

The committee, which will submit its report by December, will examine merits and demerits of various dates for commencement of a financial year, including the existing dates (April-March).