Naidu said since the first Swachh Survekshan Survey, 115 cities have become open defecation-free (ODF) and another 793 cities and towns are set to become so by March next year. 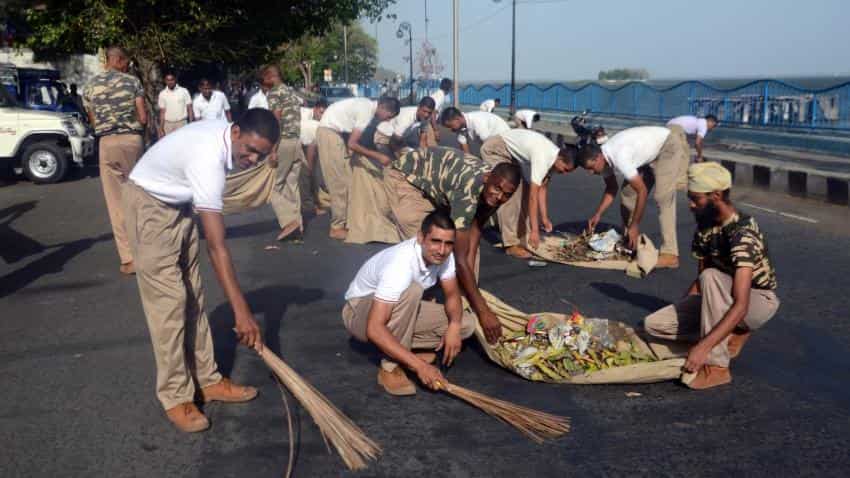 Urban Development Minister M. Venkaiah Naidu on Saturday launched a survey here to assess and rank cities and towns based on levels of sanitation and efforts made by the urban local bodies.

The Swachh Survekshan 2017 is the second survey since the launch of the Swachh Bharat Mission in October 2014.

The survey will include urban areas with a population of one lakh and above each, capital towns with less than one lakh population, and towns of importance from the point of view of heritage, tourism and hilly locations, etc.

Naidu said since the first Swachh Survekshan Survey, 115 cities have become open defecation-free (ODF) and another 793 cities and towns are set to become so by March next year. Gujarat, Andhra Pradesh and Kerala are expected to become ODF by March, 2017.

The minister released various publications and mobile applications to help the 500 cities and towns prepare for the survey to be conducted in January next year.

He addressed, via video conferencing, the Mayors, Municipal Chairpersons, Municipal Commissioners and other officials of the cities and towns to be surveyed.

He said cities will be ranked based on the reports by urban local bodies on the progress made towards construction of toilets, feedback of citizens and independent observation of sanitation levels.

Since the launch of the Swachh Bharat Mission in October 2014, construction of 21 lakh household toilets has been completed and construction of another 21 lakh toilets is in progress, Naidu said.

The mission target in this regard is construction of 1.04 crore toilets by 2019.

Naidu launched a Swachhta mobile app and Swachhta helpline (1969) to enable citizens to participate more effectively and actively in the Swachh Bharat Mission in urban areas.

Citizens can post photos of unhygienic places in urban areas on Swachh App and they will be informed of action taken by the respective urban local bodies in a specific time period.

Using toll free helpline number 1969, citizens can seek information about the ways of participating in the cleanliness mission and can also enquire about the status of their applications for construction of toilets.

The minister also launched `Asli Tarakki` campaign highlighting the need for construction of toilets and using them.

Naidu felicitated three sanitation workers for their exemplary contribution to ensure cleanliness in their respective cities.

The Quality Council of India, which conducted the last survey in 73 cities, will conduct the survey in 500 cities and towns.