On economic growth, Sinha said it is important for GDP to grow at 8-9% for a long time. 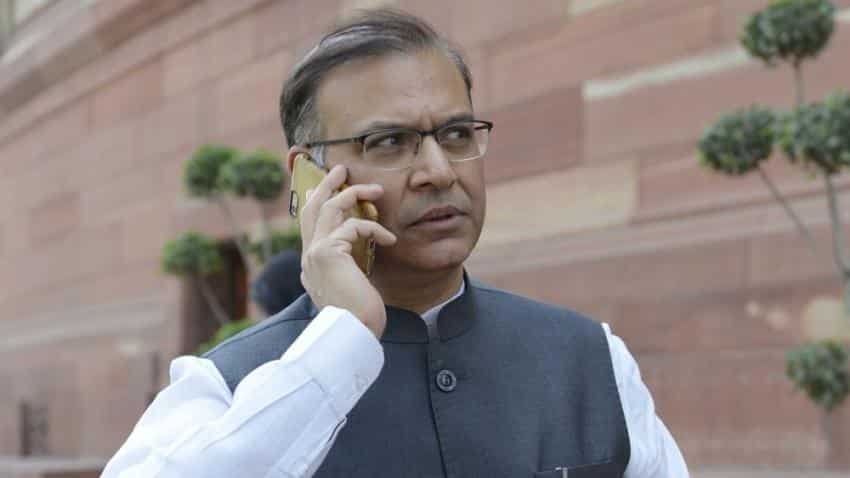 Amid reports that an arm of nation's largest lender SBI may set up a dedicated distressed assets fund, Union Minister Jayant Sinha on Tuesday said the government is indeed working on such a proposal, but declined to share details.

"The details are being worked out," he said, when asked if SBI will lead the proposed bad bank or the national ARC to tackle mounting bad loans, which has crossed Rs 8 trillion.

"We are working towards stressed assets funds. As I have said multiple times in the past, we need an efficient resolution and then recovery processes for our banks," the Union Minister of State for Finance told reporters on the sidelines of a Crisil seminar on corporate bond markets here.

When asked about the size of the proposed fund, Sinha limited himself to saying that it will be "significant". According to a report, an arm of SBI may team up with global private equity major Warburg Pincus and two sovereign wealth funds from West Asia to launch a $3-billion distressed assets fund.

The maiden sovereign investment fund, National Investment and Infrastructure Fund, with a corpus of Rs 40,000 crore, may also invest in the proposed national bad bank. The government had first floated the idea of a 'bad bank' last year, but Reserve Bank Governor Raghuram Rajan had questioned its efficacy in a system where public-sector lenders held the bulk of bad loans.

According to Rajan, a 'bad bank' works well in a scenario where private sector lenders have accumulated large chunks of stressed assets. "There really is no need for a bad bank because the capitalisation is going to be in the hands of the government," he had said on February 2 after announcing the monetary policy.

"It is not clear to me that a quasi-public entity will solve that problem effectively," he had said. Sinha today said a committee is looking into the issue of the quantum of haircuts which banks can take at the time of taking over a bad asset to make it a sustainable.

"Those sustainable levels of debt are going to be a commercial decision for the banks, but we want to make sure the process is a high integrity process," Sinha said.

Given the huge quantum of stressed assets (gross NPAs of 45 listed banks touched 13 per cent in March 2016 at Rs 5.81 trillion), a significant number of players have evinced interest in forming a distressed assets funds.

"There are many other players that are looking to invest in the stressed assets. So we expect there will be a vibrant market to be able to take these assets that are in need of equity capital right now to bring them back to high quality operating performance," Sinha said.

He said the new funds, along with NIIF, will take equity interest in the assets. On the progress on the Rs 40,000-crore NIIF, the minister said "we are close to getting the funds".

Stating the proposed sovereign fund will play a very "pragmatic" role, Sinha said, "We are very close to getting the funds. The legal structure is already in place. We have gone for a very extensive global search for the CEO."

The biggest challenge is not in the fixed income side but the equity side as "we don't have sufficient long-term equity risk capital available which would absorb some of the stress that comes when equity investing is there with long gestation period and very risky projects," Sinha said.

The other factor which will institutionally change the operation of the fixed income market is the newly enacted law on bankruptcy, he said.

Asked about the risks from China flagged by Rajan earlier, Sinha said there are a variety of factors, including the slowdown in the world's second largest economy, turmoil in West Asia and its effect on oil prices which the government is vigilant about.

"We need to focus on the supply side and be investment -driven," Sinha said, adding "if we do not do so, we will end up with a number of bottlenecks in the economy, as has happened historically."

'Soft assets' such as robust regulation and the judicial process is as important as the 'hard assets' like power plants, roads, highways, ports and bridges, he said.

Passage of the Insolvency and Bankruptcy Code has changed the operation of fixed income market, he added. On rising food inflation, Sinha said it is largely due to the demand and supply mismatch in pulses and added the government is mitigating the stress through imports and building a buffer stock.

Sinha said inflation is a challenge everywhere. "As we are targeting CPI and 46% of CPI is constituted by food, its prices are going to be the area we are going to focus on. By and large, the only area in food prices right now where we have imbalance in supply and demand is pulses as our consumption levels are 22-24 million tonnes on one hand, while production is only 16-17 million tonnes. There is a large gap in supply and demand as far as pulses is concern. Obviously we're looking to imports to build buffer stock, to ensure the markets work well but it is a challenging situation because global supply of pulses is limited as well. We are keeping a very close watch on 22 commodities across 54 retail markets on a weekly basis," he said.

Describing the country's banking system as "rock solid", he said the government stands behind all the public sector lenders and added "we have many lines of defence when it comes to banking system".