In an effort to improve the ‘Ease of Doing Business’ ranking of India to top 50 countries in the World Bank report, the government announced the formation of Nodal Departments for a  ‘reform process.’ 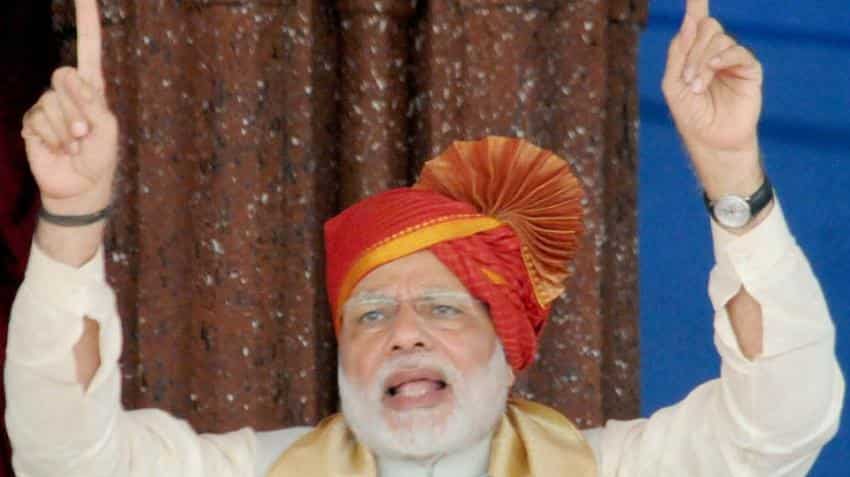 The government said that the departments gave a brief overview of the reforms undertaken recently and agreed to implement the suggested reforms by January, 2017. Photo of PM Narendra Modi. Image Source: IANS

In an effort to improve the ‘Ease of Doing Business’ ranking of India to top 50 countries in the World Bank report, the government on Tuesday announced the formation of Nodal Departments for a  ‘reform process.’

“…DIPP (Department of Industrial Policy and Promotion) informed that Nodal Departments have been identified for each indicator who will lead the reform process ensuring country’s improvement in ranking across the 10 indicators,” the government said.

In the meeting that was held on December 19 and headed by the Finance Minister, Arun Jaitley, the government said that the departments gave a brief overview of the reforms undertaken recently and agreed to implement the suggested reforms by January, 2017.

“It was further agreed that the Departments will hold intensive stakeholder consultation to get their feedback on the reforms undertaken and also engage with the respondents to ensure that the reforms are felt at the ground level,” the government added.

The government said that each Department will be expected to review the progress every week for carrying out the necessary reforms which are as follows:

1. E-Biz portal shall be mandated for starting a business which shall include three functions of Ministry of Corporate Affairs, Registration for PAN and TAN and also registration for EPFO & ESIC.

3. Shram Suvidha Portal shall be the only portal for filing the return, challan and making online payment for EPFO & ESIC contributions as well as other filings and payments.

4. Department of Revenue and Ministry of Shipping shall work towards increasing the number of direct delivery consignments to 40 percent by end of this month. The Departments shall also ensure that the cost and time to export and import gets reduced substantially to bring India within top 50 ranks.

5. Ministry of Corporate Affairs shall work with the concerned stakeholders so that the provisions as recently enabled under Insolvency and Bankruptcy Code are implemented through NCLT.

6. To further improve country’s ranking in the indicator of ‘Getting Credit’, Department of Financial Services and Ministry of Corporate Affairs shall work towards integrating CERSAI database with ROC Registry of Charges to create a single registry of assets.

7. Minister for Commerce and Industry stressed that country ranked poorly at 172 on this indicator and efforts need to be taken on many reforms to bring the country among the top 50 nations. “She also mentioned that initiative of e-Courts should be expedited for electronic filing of complaints, summons and payments especially in the Commercial Courts,” the government said.

8. On ‘Construction Permit’, Secretary, Ministry of Urban Development mentioned that the procedures shall be brought down to 8 down to 8 which will be completed within 60 days. However the Finance Minister desired that Department should explore the possibility of commencing the construction on architect’s certification and approval granted only at the time of the occupancy of the building.

The government said that the next review of the progress made on reforms will be done at the end of January to ensure their implementation.