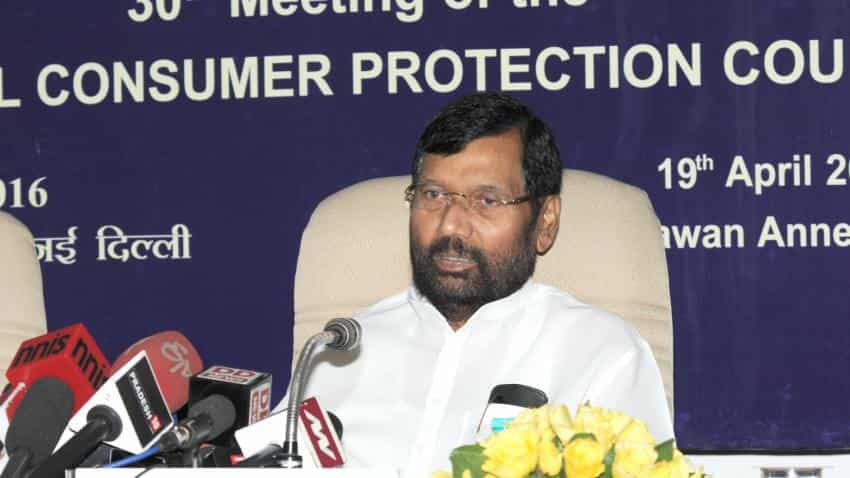 The Government of India hopes to receive Parliament's approval to Consumer Protection Bill in its next session, said Union Minister For Consumer Affairs, Food and Public Distribution, Ram Vilas Paswan on Thursday.

Ficci tweeted the minister as saying:

Paswan while inaugurating the sixth edition of Massmerize 2016, Ficci's annual flagship retail, FMCG and e-commerce convention in New Delhi emphasised that the protection of consumer interest and consumer satisfaction was critical for the success of any marketing strategy.

Paswan tweeted the photos of the event:

The release further said that the three decades old Consumer Protection Act is seen as an inefficient piece of legislation, out of step with the new market dynamics, multi-layered delivery chains, innovative and often misleading advertising and marketing machinery.

The new Bill that awaits Parliament’s assent seeks to empower the consumers to protect their rights against unfair trade practices, it added.

It intends to close the gaps with regard to protection of consumer rights including the time taken in settling disputes, an ability to reach to the manufactures for product liability and curb misleading advertisements.

“It was important for industry to win the trust of the consumers and weed out companies indulging in misleading advertisements which often played with the health of the consumers,” Paswan said in a statement.

The onus, he further said, was on industry to deliberate on this issue with seriousness and identify factors that are inimical to industry’s growth.