Govt has set inflation target at 4% for five years but is it achievable?

Suvodeep Rakshit,  Madhavi Arora and Upasna Bhardwaj of Kotak Securities said,"Sustaining 4% inflation will be difficult even without factoring in statistical impact on housing due to 7th Pay Commission." 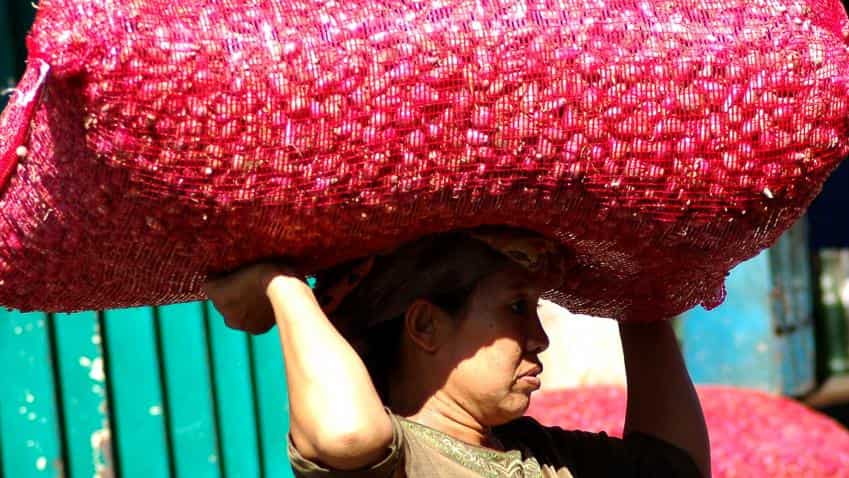 Why you should invest in equity after retirement too

The Centre has finally formalised an inflation target.

Last week, the government said that the Reserve Bank of India (RBI) will target to keep inflation at 4% over the next five years. In a way, this was something that Raghuram Rajan, the outgoing RBI Governor has been batting for.

The government said that there will be a tolerance limit of 2% on either side of the target. However, if RBI misses the target it will be expected to write a letter to the finance minister and explain the reasons. Moody's Investors Service said,"The shift in monetary policy stance to target inflation is "credit positive" for India's sovereign rating as it will help keep price rise pressures under check."

But given the fact that inflation in India is more of a supply-side phenomenon than a demand-side one, can this inflation targeting of Consumer Price Index (CPI), or retail inflation, as it is also called, a prudent way to control prices?

Suvodeep Rakshit,  Madhavi Arora and Upasna Bhardwaj of Kotak Securities said,"Sustaining 4% inflation will be difficult even without factoring in statistical impact on housing due to 7th Pay Commission."

The pace in reduction of inflation rate, was explained by Kotak Securities. It said that the impact of structural drivers such as rural wages, money supply, exchange rate, output gap and minimum support price has been moderate.

Rural wages (one of the most influential variables) have increased and settled at 4-5% over the past two years. Money supply growth has been weak but is unlikely to contribute much further, Kotak Securities said.

Also, most of the disinflationary compulsion on food is now getting out of flavour as it has been played out through lower global prices and stable minimum support prices (MSPs).

ICICI Bank said that the March 2017 CPI (excluding the impact of 7th Pay Commission (7PC)) is likely to be at 5.3% on the back of higher than expected food inflation and hike in minimum support prices (MSP).

A MSP is the minimum price is decided by the Government at which farmers can expect to sell their produce for the season. If the market prices fall below the announced MSPs, government steps in to procure the crop and ‘support’ the prices.

The Cabinet Committee of Economic Affairs sets MSP for various crops at the beginning of each sowing season based on the recommendations of the Commission for Agricultural Costs and Prices (CACP).

The Kotak Securities analysts also pointed out concerns about some cyclical downside that could come through higher output because of better monsoons.

Further, incremental increase in the allowance component in 7CPC and the related pickup in urban demand along with monsoon-related rural demand, pose an upside risk, the report added.

Meanwhile, a cooperative thought process from the newly appointed Monetary Policy Committee - a panel of six member, will be keenly watched to see how the RBI intends to attain the 4% target.

The Kotak Securities expects RBI to remain focussed on achieving an inflation rate closer to 4% and keeping inflationary expectations under check.

However, this will lead to limitation in the scope for rate cuts, even though the liquidity channel will likely remain accommodative as RBI continues to keep liquidity closer to neutral on average. Kotak Securities expects the RBI to remain mute on August 9 policy.

Now that the long-awaited Goods and Service Tax (GST) is likely to be cleared in Winter Session of the Parliament, market experts believe it to be a game changer for the Indian economy. The government plans to make it effective by April 2017.

What would be the outcome of the GST? Well we'll have to wait for atleast a year or two to see it reap fruits. Anuj Puri, the chairman of JLL India said, "The result of GST will be evident only two-three years after its gets implemented."

But looking at the projection, one can tell that the government is following the footsteps of Raghuram Rajan who has decided to step down from RBI as its governor on September 4, 2016 when his three-year term comes to an end.

It's important to note that Rajan had made same stances for India's inflation trajectory but with a lesser time period. He had projected to attain an inflation target of 5% by 2017 and 4% by 2018.

A stable 4% level was seen in the early 2000s which was tapped by uninspired rural demand.

Why you should invest in equity after retirement too