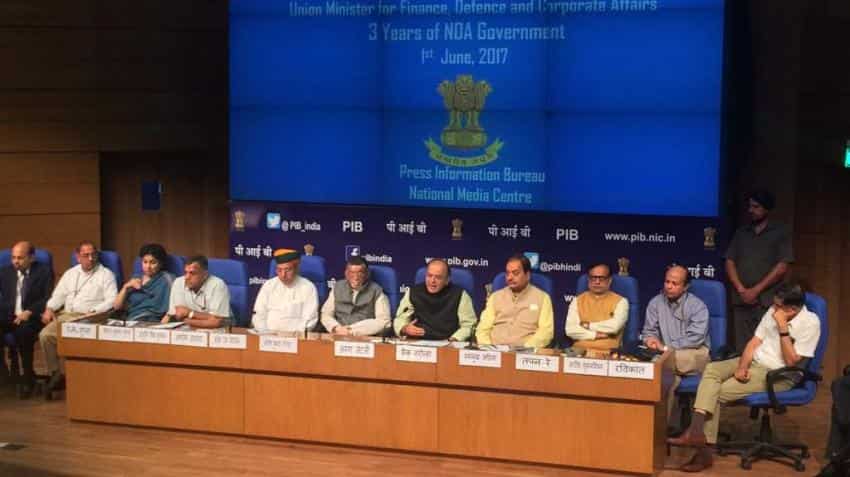 Finance Minister Arun Jaitley on Thursday said that the government has restored the economic credibility of India.

Jaitley said that demonetisation created a new normal in economic system and that some slowdown was already seen in Indian economy before demonetisation.

Supporting Prime Minister Narendra Modi's move, Jaitley said that demonetisation led to more digitisation, taxpayer base and did not have much impact on GDP numbers.

"Demonetisation created a new normal in economic system. The government has restored the economic credibility of India," Jaitley said.

Jaitley was speaking on the occasion of completing three years of Modi government. He was also addressing the media after disappointing Gross Domestic Product (GDP) data which was released on Wednesday .

Putting blame on global scenario for slowdown in India's growth, Jaitley said that past three years have been challenging from global economies. He said that significant impact of global situation on India to remain.

Further, speaking about the rising bad loans in banks, Jaitley said that resolution of Non-Performing Assets (NPAs) is "work in progress" and it is a major challenge for the government. The total bad loan is because of 40-50 "big people".

Further, Jaitley who is also Defence Minister of the country, said that the government is focusing on expanding defence manufacturing. Speaking about the situation post the recent surgical strike, he said that the situation challenging only in some south Kashmir parts.