Govt has not waived any loans of corporates, says FM Jaitley

Jaitley said that over the last few days, a rumour is being propagated regarding waiver of loans of capitalists by banks. Time has come for the nation to be apprised of facts in this regard. 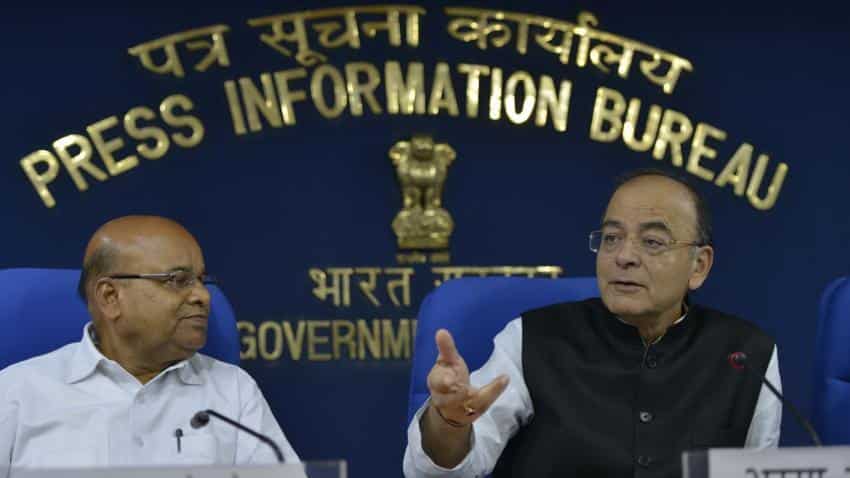 Finance Minister Arun Jaitley on Tuesday said that government has not waived any loans of corporates, and added that cases of recovery from 12 big defaulters were underway.

Writing on his website, Jaitley said that over the last few days, a rumour is being propagated regarding waiver of loans of capitalists by banks. Time has come for the nation to be apprised of facts in this regard.

Jaitley said, "Between the years 2008 to 2014, Public Sector Banks disbursed disproportionate sums of loans to several industries. The public needs to ask the rumour mongers at whose behest or under whose pressure were such loans disbursed. They should also be asked that when these debtors delayed in repayment of their loans and interest thereon to Public Sector Banks, what decision was taken by the then government."

Criticising the past governments for not taking tough action, he said, "Rather than take firm decision with regard to such debtors, the then government, through relaxation by banks in loan classification kept these defaulters as non-NPA accountholders. These loans were restructured through this, the loss to banks was kept hidden. The banks kept giving loans repeatedly to these debtors and kept ever-greening the loans."

Putting forth his government's stand, the Finance Minister said, "the current government recognised this nexus and took firm decisions with regard to the defaulters. Insolvency and Bankruptcy Code was enacted, and by amending it, in respect of companies whose money was not returned to the banks, decision was taken that the debtors concerned would not be allowed to participate in the business of such companies."

Jaitley further said that through strong steps taken over the last three years, "not only have the problems received as legacy" been addressed but reforms for rebuilding the strength of public sector banks have been boosted.

The minister said that the process of creation of strong and large banks began with the integration of State Bank of India, and the recapitalisation announced will bolster this process.

"While honest businesspersons will be able to access loans from strong and reformed banks, strict and clear law and the all-round clean-up initiated by the government would result in a clean system in the country," Jaitley added.