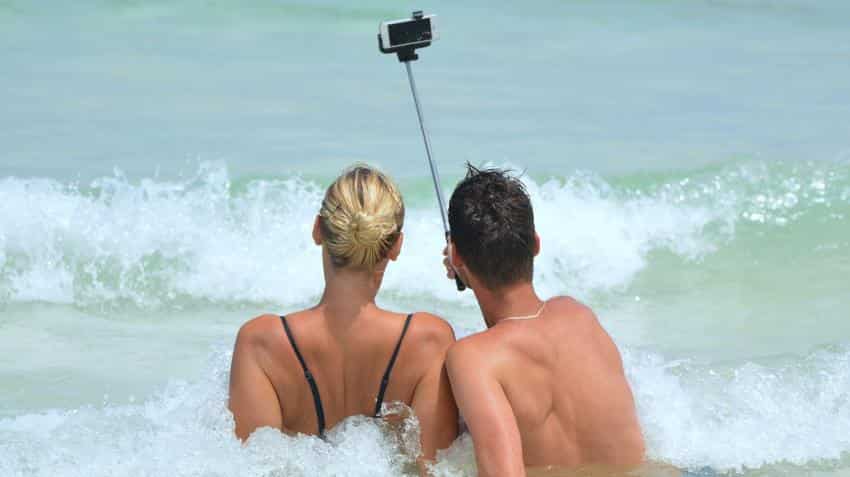 A man and woman taking a selfie in the middle of the sea. Photo: Pixabay
Written By: Collin Furtado
RELATED NEWS

Liked Amazon India My Stamp? Here's how to get your own 'selfie' on an India Post stamp!

Selfies had taken the world by storm and India has not been an exception. With a selfie loving Prime Minister, selfies in India had become a craze beyond compare.

However, some selfies have come at a very high price. As of February 2016, India recorded more selfie-related deaths than any other country, according to Washington Post report. Nearly 40 people in India have been reported to have lost their lives while taking selfies while perched at precarious positions.

Taking cognisance of this certain State Governments have declared certain spots as 'Selfie Danger Zones'. The State Governments of Karnataka and Maharashtra have informed that they have taken measures to create awareness through signages indicating danger zones including selfie danger zones, said the Dr Mahesh Sharma, Minister of State (I/C) for Culture and Tourism in a written reply in Lok Sabha on Monday.

“The Ministry of Tourism also takes up the issue of ensuring safety and security of all tourists, domestic and international, with the State Governments and UT Administrations from time to time,”he added.

Sharma said that the Provision of Safety to tourists for various activities of tourism including safety-precautionary measures to prevent any un-toward incident including declaring of ‘Selfie Danger Zones’ at tourist sites is the primary responsibility of concerned State Governments/UT Administrations.

Liked Amazon India My Stamp? Here's how to get your own 'selfie' on an India Post stamp!