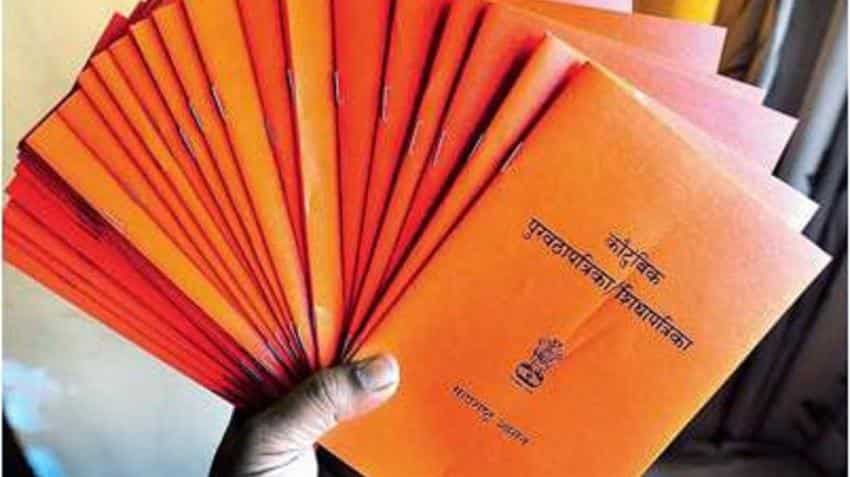 Ration cards in India have been useful for providing food grains at a subsidized rate.Photo: Aadhar blog
RELATED NEWS

Reclaim your LPG subsidy in one year

Ministry of Consumer Affairs, Food & Public Distribution announced today that 2.16 crore ration cards have been deemed as fake and have been deleted.

“As per the information reported by State/UTs Government up till July 15, approximately 2.16 crore number of de-duplicated/ghost/ineligible/forged/ fake ration cards have been deleted by the State/UT Governments during the years 2013 to 2016,” the Ministry said in a statement.

Ration cards in India have been useful for providing food grains at a subsidized rate.

According to the National Food Security Act, 2013 (NFSA) up to 75% of the rural population and up to 50% of the urban population of the country receive highly subsidized food grains currently.

A total of 81, 34, 91,135 beneficiaries under NFSA/ Targeted Public Distribution System (TPDS) are to be identified by respective State/UT Governments and State/UT wise number of beneficiaries are fixed.

This information was given by the Minister of State Consumer Affairs, Food and Public Distribution, C.R Chaudhary in a written reply in Lok Sabha today.

However the number of fake ration cards have been increasing since decades.

In December 2015, over 1.2 crore bogus ration cards were said to be deleted by the State, as reported by the Ministry.

An article by The Hindu on August 2 reported that in the past five years the Government has removed more than 4.85 lakh bogus ration cards in India out of which less than a lakh cases were dealt with.

The report stated that the Civil Supplies CID has arrested only a mere total of 30,340 persons in the last five years for violations and a total of 41,905 cases were detected under the Essential Commodities Act, 1955.

Under the said Programme, following steps have also been initiated to bring transparency in distribution of food grains and to check its diversion:

•Application of IT tools for functioning of PDS.

How will the new system work?

“The procedure for payment by dealers is laid down by the State/UTs and further allocation orders within the State/UTs are issued by the respective State/UT Governments,” the Ministry said in a statement.

After making advance payment to FCI, State Government lifts food grains from FCI Depots and ensures delivery of food grains at Fair Price Shop through their agencies for distribution to beneficiaries.

Besides, Advisories are issued from time to time to State/UT Governments to lift the food grain from FCI Depots well within time limit to improve the off take of the same so that the same can be made available for distribution to beneficiaries under TPDS,” C.R Chaudhary said in a statement.

Reclaim your LPG subsidy in one year