Sadhana Rout, Director General, Publications Division, Ministry of Information & Broadcasting, along with other senior officials of the ministry were also present during the launch event. 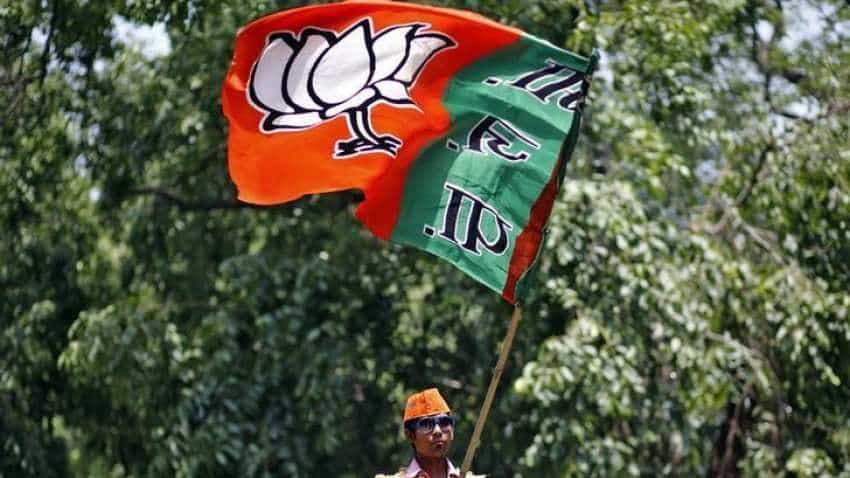 BJP had come to power in 2014 with job creation being one of its major poll planks, Images sources: Reuters
Written By: PTI
RELATED NEWS

The Ministry of Information and Broadcasting today came out with a special issue of monthly journal Yojana on 'employment and self-employment', a development that comes amid opposition criticism of the government over job creation.

The theme of 'employment and self employment' for Yojana was selected based on the recent reports as well as observations by economists that employment related data did not accurately reflect the status of employment and employment generation in the country, an official statement said.

The articles in the journal, released by Secretary Information and Broadcasting Amit Khare, have been authored by secretaries to the government, experts from professional organisations like FICCI and the think tank Niti Aayog, presenting a holistic view about various dimensions of the theme, the statement said.

Various aspects of the theme ranging from need for credible employment data to advantages of payroll reporting, creating livelihood opportunities in urban and rural areas to MSMEs as new engines of employment, entrepreneurship as a key to employment generation to dimensions of the Indian labour market, have all been comprehensively analysed in the issue, it said.

Success stories relating to various programmes like Mudra have also been featured in the issue.

Sadhana Rout, Director General, Publications Division, Ministry of Information & Broadcasting, along with other senior officials of the ministry were also present during the launch event.

Yojana is a widely circulated theme based journal brought out by the Publications Division. Published in 13 languages, the journal has a combined circulation of about 2 lakhs and readership of over 8 lakhs, the statement said.

The Ministry of information and broadcasting had last month written to several ministries, including the labour ministry, seeking data on employment generated in various sectors under them, sources had said.

They had said the ministry has sought the details ostensibly to counter allegations by the opposition parties that the NDA government has failed to generate employment.

The move by the I&B ministry comes days after Prime Minister Narendra Modi rejected the opposition's charge of lack of employment generation, citing data provided by state governments to ask how the Centre could create joblessness if the states were creating "good numbers of jobs".

He had said that the lack of data on jobs had given the opposition the opportunity "to paint a picture of their choice".

More than lack of jobs, the issue is lack of data on jobs, Modi had said.

The opposition, led by Congress President Rahul Gandhi, has been critical of the Modi government over jobs creation and has alleged that it had failed to fulfil its poll promise of generating employment.

The BJP had come to power in 2014 with job creation being one of its major poll planks.