India's fiscal deficit stands at Rs 6,12,105 crore in just eight months of FY18, overshooting the budgeted estimate (BE) by 112% for the current financial year. 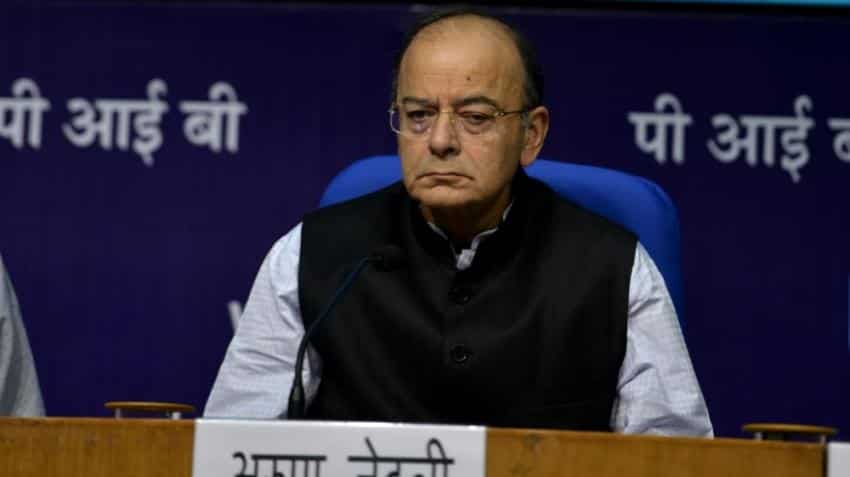 The Economic Survey 2018 released today cleared the clouds over the impact of government  borrowings on fiscal deficit.

Market borrowings have declined by 1.7% of GDP since 2013-14, even though the fiscal deficit has declined by only 1% of GDP.

The survey said, "Even if fiscal over-runs do occur, this does not automatically mean that market borrowings will be greater than anticipated; put differently, market borrowings do not necessarily reflect the underlying fiscal deficit.”

The government has estimated Rs 5,46,532 crore fiscal deficit for FY18.

“But this shift would not seem to warrant a nearly 1 percentage point increase in long-term rates.  Neither would the changes in international rates, which have only increased modestly. So, what explains the sudden rise in g-sec rates?” said the survey.

The ministry last year had remained firm on its borrowings and fiscal deficit targets for this financial year, hinting that it has no plans to relax spending goals to prop up growth as of now. 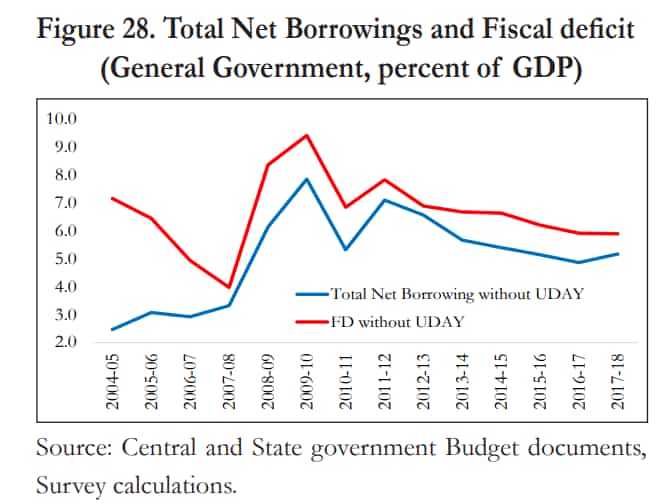 However, things have turned different, fiscal deficit has overshoot the target due to lower indirect tax revenues, despite growth in proceeds from disinvestments and direct taxes.

Last year, the outlook for policy rates has deteriorated, as the Rserve Bank of India (RBI) has shifted its focus from rate-cutting to a hawkish stance.

Govt borrowing are made through issuance of securities, bonds and bills. Money is borrowed by the regulator in order to make up the difference between revenues and expenditure.

According to the survey, India's market borrowings are determined not just by the fiscal deficits but also by a distinctively Indian arrangement, the National Small Savings Fund (NSSF).

Essentially, the government gets deposits from the public—independent of its deficit-induced borrowings—in the form of various savings schemes to the public, encompassed in the NSSF.

At present, these schemes offer more than market rates, risk-free investment options, and favorable tax breaks, both at the time of deposit and withdrawal, not available in most regular savings schemes. 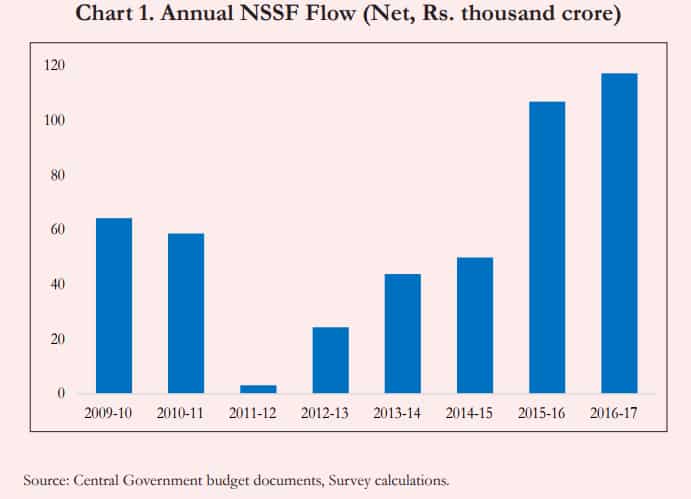 Reason behind the rise is that NSSF saving rates have fallen much more slowly than market rates (especially on deposits), while the income tax exemption limit for NSSF saving has been increased to Rs 1.5 lakh under section 80C of the Income Tax Act.

“At the level of the central government, these additional flows have been so robust that the reliance on market borrowings has declined,” said survey.
If NSSF net flows increase, market borrowings should decline and vice versa.

“Market borrowings and hence the supply of g-secs are endogenous to these autonomous flows. So it’s perfectly possible for market borrowing to increase, even when the fiscal deficit decreases or remains constant,” survey added.

On the other hand, the state government have deducted their reliance on NSSF in order to reduce borrowing cost.

“ But the consequence has been to increase market borrowings,” said survey.

As of March 2017, market borrowings increased by about Rs 83,000 crore even though the combined state government deficit increased by only around Rs 47,000 crores, with the rest expected to go towards repayment of NSSF liabilities.

Explaining further, the survey stated that, the exogenous flows into the NSSF sometimes do not fully offset by reductions in market borrowings and instead get reflected in accumulation of government cash balances or used for financing other government operations.

In such a case, the survey said, "changes in liabilities will be at variance with fiscal deficit estimates. Similarly, some off-balance sheet transactions will add to government liabilities but not to the measured deficit."