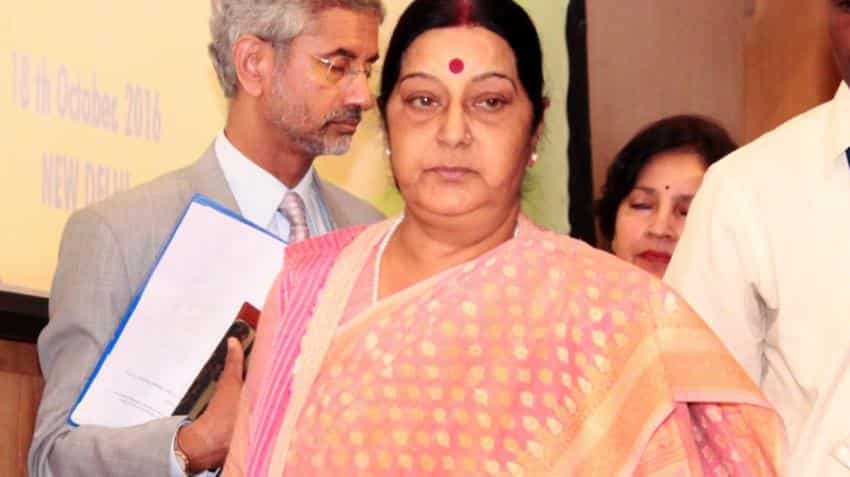 External Affairs Minister Sushma Swaraj today assured the Rajya Sabha that there will be an impartial probe into the alleged brutal attack on African students in Greater Noida in Uttar Pradesh.

Replying to concerns raised by some Opposition members during the Zero Hour, Swaraj said the incident was "unfortunate" and the Centre has sought a report from the state government.

"Both incidents are unfortunate. Firstly, 19 year-old boy died and thereafter there was an attack on a Nigerian student. ...On behalf of Uttar Pradesh CM and myself, I want to assure that there will impartial probe," she said.

The Minister said the state administration was taking steps to maintain law and order and the Nigerian student is being treated in a hospital.

"As long as investigation is not complete, it is not proper to say anything more," she added.

The issue was raised earlier by Sharad Yadav (JD-U), while Leader of the Opposition Ghulam Nabi Azad and members like Anand Sharma (Cong) and Sitaram Yechury (CPI-M) associated with him in condemning the brutal incident.

Deputy Chairman P J Kurien too condemned the incident and said "we are condemning racial attacks on Indians in other countries and at the same time racial attacks in our country cannot be justified. The government should be very vigilant and very strong action should be taken."

Yadav demanded that both External Affairs Ministry as well as Home Ministry should take steps in this matter.

"We don't want others to face discrimination in our country. Steps should be taken on a war-footing. A wrong message is going outside the country," he said.

Sharma said India commands goodwill and its image is being sullied throughout the world with this incident. He demanded a special cell in External Affairs and Home Ministries to protect such students.

Yechury sought moving of a special resolution in the House in the matter.

"Normal excuse is given that there is peddling of drugs by Africans. These are law and order problems and the law and order machinery must take care of that. This is not the way to do it, sir.

"If there is a cow protection law in some state, the law and order mechanism must take steps, but not the cow vigilantes. If eve-teasing is there, there cannot be private armies. The law and order machinery must take care," Yechury added.