In a major move aimed at promoting transparency in political funding, Jaitley had in this year's Budget speech announced capping of anonymous cash donations to political parties at Rs 2,000 and introduced electoral bonds. 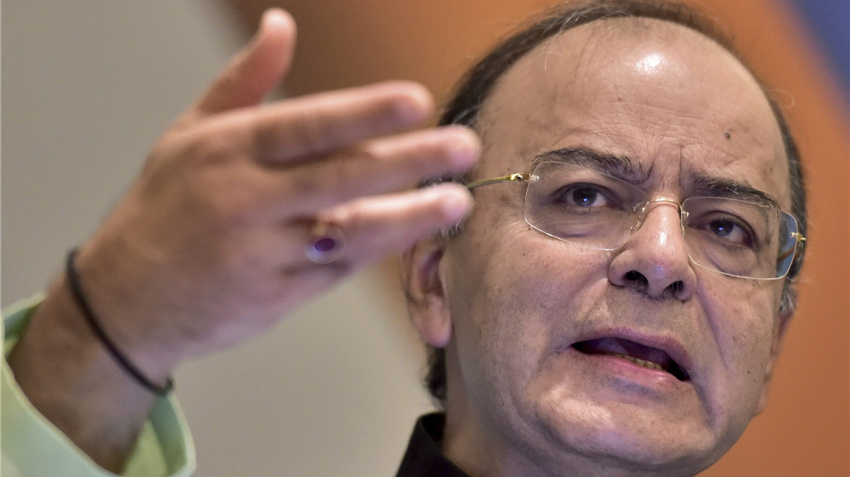 The government is "actively working" on the electoral bond mechanism but no party has come forward with a suggestion to make political funding cleaner, Finance Minister Arun Jaitley said today.

For the last 70 years India's democracy has been funded by invisible money and elected representatives, governments, political parties, Parliament and even the Election Commission have completely failed in checking it, he said.

In a major move aimed at promoting transparency in political funding, Jaitley had in this year's Budget speech announced capping of anonymous cash donations to political parties at Rs 2,000 and introduced electoral bonds.

"I asked political parties, both orally in Parliament and in writing, to offer a better suggestion to me. Not one has come forward till date because people are quite satisfied in the existing system," he said at the Delhi Economics Conclave.

Having failed to check the invisible money in the political system for last 70 years, the solution doesn't lie today in finding fault with every solution that is suggested, he said.

"Therefore in the last Budget I did suggest a solution and we are actively working on it," he said.

As per the electoral bond mechanism announced in the Budget, the proposed bonds will resemble a promissory note and not an interest-paying debt instrument. They will be sold by authorised banks and can be deposited in notified accounts of political parties within the duration of their validity.

The bonds will not carry the name of the donor and routing of the money through banks will ensure that only tax paid money comes into the political system.

"When we deal with this subject of cash, it does not merely relate to business and the leakages, but it also deals with how the political system is now going to be funded," he said, hoping that in future it will be done through a more transparent method and cleaner money.

In March, during a debate in Parliament, Jaitley had invited suggestions from political parties to make electoral funding more clean and transparent.

He had said: "I have an open invitation to all, please suggest to me a better system which will ensure clean money and transparency to the extent possible. I am yet to receive a single suggestion.

"I am only hearing adjectives like 'it must be clean', 'it must be transparent'. Please give me ideal combination of the two. We are willing to consider it. I will wait for a specific suggestion."