The government was open to "light handholding" should any airline face financial crunch, he said answering questions during an interview to PTI in New Delhi. 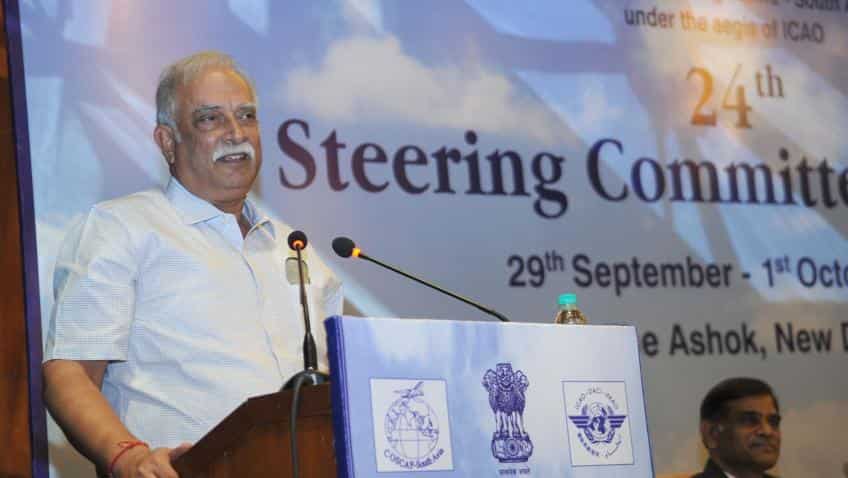 "We will not allow a repeat of Kingfisher," Civil Aviation Minister Ashok Gajapathi Raju said on Sunday alluding to the collapse of the airline founded by Vijay Mallya, who left India recently after running debts of some Rs 9,000 crore.

The government was open to "light handholding" should any airline face financial crunch, he said answering questions during an interview to PTI in New Delhi.

Raju recalled that when Spicejet found itself in trouble in early 2015, the government had lent a helping hand and saved jobs also.

Listing out plans to boost growth of the aviation sector, he said government will push for significant expansion of the air cargo considering its huge potential in view of growth of e-commerce and related sectors.

He said government was working on a policy initiative to ensure that the air cargo sector "leapfrogs" and helps further growth of the domestic aviation market, considered one of the largest in the world.

Air cargo makes up for just around 29% of total Indian cargo in terms of value and improving the clearance process is key for the sector's growth.

A recent report by leading consultancy firm Ernst and Young said high dwell time for the import cargo is the major concern area across all six major international airports in the country, with the average period ranging between four and nine days. Dwell time refers to time taken for clearance of cargo after landing at airports.

As part of efforts to promote cargo segment, the government had recently set up the Air Cargo Logistics Promotion Board (ACLPB) to work on ways to reduce costs, improve efficiency and ensure inter-ministerial coordination.

Raju said promotion of air cargo is a key objective of the government, given its potential considering the 'Make in India' initiative as well as the e-commerce segment.

A study by industry body Assocham has pegged the size of e-commerce industry in the country at over $38 billion by 2016, a 67% growth over the previous year. The Minister said growth of e-retailers will substantially help in pushing growth of domestic air cargo sector.

While the domestic aviation sector has been witnessing substantial growth in recent times, the cargo space remains a laggard. At present, there are only two local airlines dedicated to cargo -- Blue Dart and QuikJet.

Admitting that Indian aviation sector is basically "passenger centric", the Minister said right now cargo does not figure much in the scheme of things even though the growth there has been good albeit low-base.

According to the draft aviation policy, revenue from air cargo can significantly help airlines subsidise the cost of passenger tickets. Currently, air cargo volumes in India are extremely low as compared to other leading countries due to high charges.