The finance ministry, according to officials, wants a rate cut sooner than that, putting a focus on the MPC meeting on December 5-6, or when it next convenes in February. 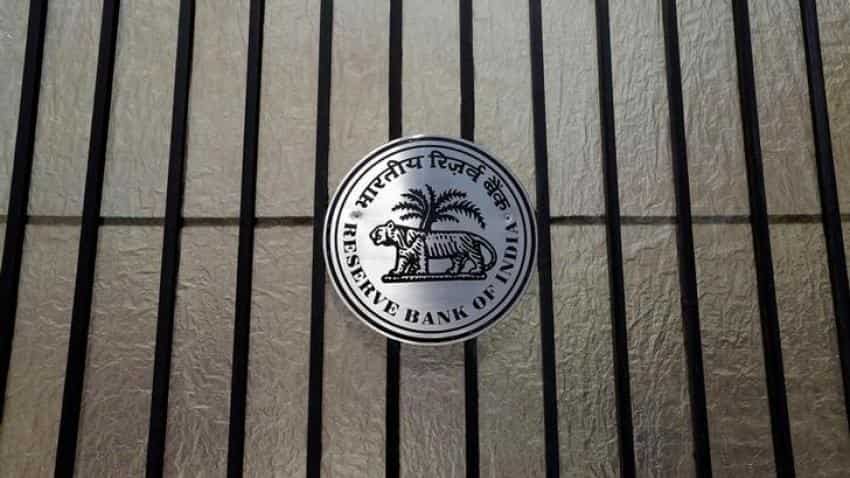 RBI logo is seen at the entrance gate of its headquarters in Mumbai. Image source: Reuters
RELATED NEWS

Impatient for faster economic growth, India`s government is lobbying for a reduction in official interest rates in coming months as it expects inflation to stay close to a 4 percent target, finance ministry officials said.

At its last meeting in October, the Monetary Policy Committee (MPC) left the repo rate at 6.0 percent, near a seven-year low, and a Reuters poll found that economists expected the rate to stay there through to the second quarter of next year.

The finance ministry, according to officials, wants a rate cut sooner than that, putting a focus on the MPC meeting on Dec. 5-6, or when it next convenes in February.

"We expect the RBI to cut policy rates, if not in December then in its next policy review," one ministry official told Reuters on condition of anonymity. After that, he said, higher oil prices could fuel inflation, making it more difficult to cut rates.

At its Oct. 4 meeting, the MPC voted 5-1 to keep rates unchanged, and minutes released on Oct. 18 showed RBI Governor Urjit Patel flagging risks to the inflation outlook, and the need for more evidence to show whether headwinds holding back economic growth were "transient or sustained".

On Thursday, India will release GDP data for the July-September quarter, having seen economic growth slow to a three year low of 5.7 percent in the previous three months.

The weak growth means 3-1/2 years into his 5-year term, Prime Minister Narendra Modi is falling a long way short of his promise of a dynamic economy to create jobs for the millions of young Indians joining the labour force each year.

That leaves most of the pressure on the RBI to loosen monetary policy in order to revive currently anaemic private investment. A finance ministry spokesman declined to comment on its discussions with the RBI. The central bank also did not comment.

"BEHIND ITS OWN CURVE"

Since last year, India`s policy rate has been set by a committee that includes non-central bankers, instead of leaving it entirely to the RBI. But the finance ministry doesn`t have a representative on the six-member MPC.

The panel is composed of the RBI governor, who has the casting vote in the event of a tie, two senior officials from the central bank’s monetary policy department and three economists from the academic world.

The MPC`s mandate is to set interest rates to achieve a targeted 4 percent inflation with plus minus 2 percent on either side, and maintain price stability while keeping in mind the objective of economic growth.

As a result of the new Goods and Services Tax harmonising central and state levies, the finance ministry expects lower prices for some 200 goods to subdue retail inflation, which had struck a seven-month high of 3.58 percent in October.

"We see inflation remaining around 4 percent until March and a scope for a rate cut of 25 basis points,” a second ministry official said, also speaking on the condition of anonymity because of the sensitivity of the issue.

But an official aware of the RBI`s thinking said the MPC should be mindful of the risk of sudden-supply side shocks, and set policies that provide space to absorb them.

Surjit Bhalla, a member of the Prime Minister`s Economic Advisory Council, aired his impatience with the stalling. "The MPC has been way behind its own curve, its own stated goals," he wrote in the Indian Express newspaper, noting inflation had stayed below target for last 12 months.