The retirement age of CAPF personnel is set to be fixed at 60 years after the Supreme Court recently dismissed a special leave petition filed by the government. 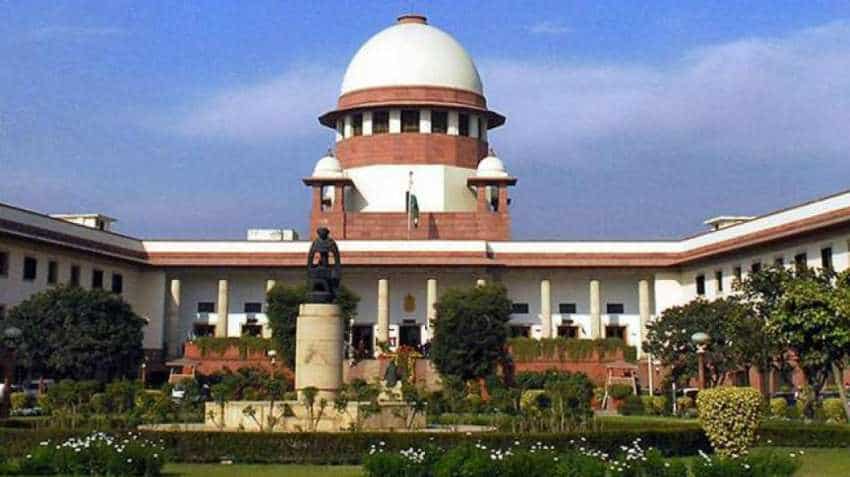 The Supreme Court dismissed an SLP filed by the Union government in which the latter had stated that such decisions were in the realm of policy decisions. Photo: PTI

The retirement age of CAPF personnel is set to be fixed at 60 years after the Supreme Court recently dismissed a special leave petition (SLP) filed by the government against the direction of the Delhi High Court to resolve an existing anomaly, official sources said Wednesday.

The sources in the security establishment said the central government has time till May-end to implement the directive of the Delhi High Court and after consultations with all the Central Armed Police Forces (CAPFs), it is "certain" that the age of superannuation in all the forces will be made uniform, well before the deadline.

"The order will be issued after final approval of the Ministry of Home Affairs. After few rounds of consultations by the ministry with all the forces, it is analysed that the age of retirement for all the personnel, from jawan to senior officers, should be settled at 60 years as compared to 57 in certain cases at present," a senior official said on the condition of anonymity.

The Supreme Court on May 10 dismissed an SLP filed by the Union government in which the latter had stated that such decisions were in the realm of policy decisions and not for the courts to decide.

Ankur Chibber, counsel for a retired CAPF official who first petitioned the Delhi Hight Court over the discrepancy, told PTI that as the SLP has been dismissed by the apex court last week, the government will now have to "implement the Delhi High Court order by May-end which had said on January 31 that uniformity should be maintained across all ranks and forces when it comes to the age of retirement."

"Even the 7th pay commission had said so," Chibber said.

These forces are deployed to undertake a variety of security tasks in the country, ranging from guarding borders to conducting anti-Naxal operations and combating terrorism in Jammu and Kashmir.

The Delhi High Court, in its January order, had called the current policy of different age of superannuation in four paramilitary forces -- CRPF, BSF, ITBP and SSB -- as "discriminatory and unconstitutional" and said it created two classes in the uniformed forces.

It had given four months time to the government to implement the order.
A Delhi high court bench of Justices Muralidhar and Sanjeev Narula had struck down these rules, saying such discrimination would lead to "lowering of the morale" of the CAPF personnel.

The court had also noted that the Seventh Central Pay Commission (CPC), which had examined the issue, by a majority of 2:1 had favoured enhancement of the retirement age of the commandant and below ranks in those CAPFs which do not have such a system.

The forces, after the conclusion of a series of meetings on the subject over the last few months, had recommended to the government that "in case retirement age is raised to 60 years, it may be explored if a system is put in place to make yearly assessment to weed out those who are not fit to continue in the force consistent with its objective."

The CRPF, thickly deployed in operations in Left Wing Extremism affected states and in the counter-terrorism grid in the Kashmir Valley, has been the lone dissenter of the proposal as it argued that it requires to keep its age-profile young keeping in mind its heavy occupation in various combat theatres within and outside the country.

"This subject is being debated on technical issue and while the argument put forth by the over three lakh personnel strength CRPF is valid, it has been found that no other force is opposing it," another official, representing the CAPFs in meetings with the ministry on the issue, said.

"The problems that could be faced by the country's largest paramilitary once the retirement age is enhanced and settled at 60 years, will be resolved in due course," he said.

SC's big ruling on Army pension: THESE personnel not entitled to get financial aid