The Sustainable Development Goals (SDGs) are a collection of 17 global goals for the year 2030 set by the United Nations General Assembly in 2015. Of these, 11 goals have direct linkages to water. 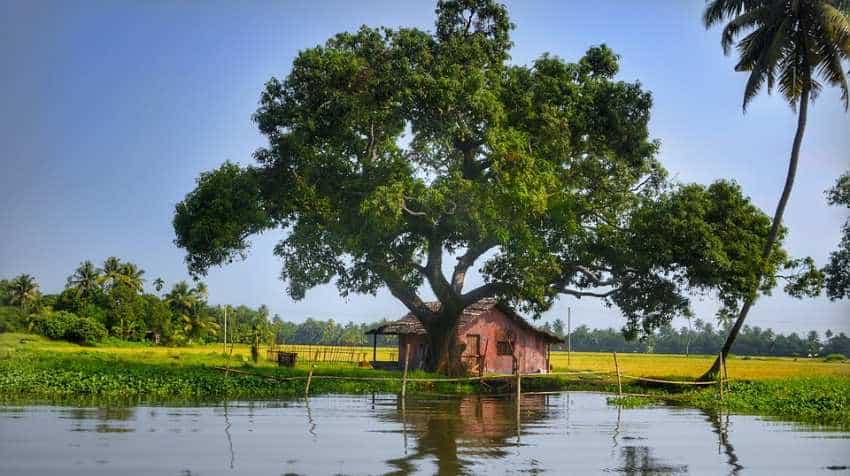 The Founder and Director of the Centre for Inland Waters South Asia, Brij Gopal, said that the threat to wetlands started during the British era. Representational Image, source: Pixabay
Written By: IANS
RELATED NEWS

The Union government has identified 130 wetlands in the country to be restored in the next five years, while to speed up the process, the Centre has asked the states to send an integrated management plan by October 15, a senior official said on Thursday. According to the Union government publication National Wetland Atlas, India has 7.5 lakh wetlands.

"The initiative will be carried out with local involvement. Each wetland will be issued a health card, which will denote its health. Apart from this, wetland `mitras` (friends) will be appointed for every marsh," Environment Ministry Joint Secretary Manju Pandey said here at a panel discussion at the fourteenth session of the Conference of Parties (CoP) to the United Nations Convention to Combat Desertification (UNCCD).

The Sustainable Development Goals (SDGs) are a collection of 17 global goals for the year 2030 set by the United Nations General Assembly in 2015. Of these, 11 goals have direct linkages to water.

The wetlands are vital to be protected as India has lost 83 per cent of its biodiversity from fresh water since 1980. Wetland is a land area that is saturated with water, either permanently or seasonally. This definition brings ponds, lakes, estuarines, reservoirs, creeks, mangroves and many more water bodies under the ambit of wetlands.

The Founder and Director of the Centre for Inland Waters South Asia, Brij Gopal, said that the threat to wetlands started during the British era.

"The British treated wetlands as waste lands. The importance of wetlands is such that the Supreme Court and National Green Tribunal have directed that even a half hectare of these have to be protected. The wetlands are also important for the water security," he said.

As per estimates, 15 per cent of India`s flora and 18 per cent of the country`s fauna comes from the fresh water. It is estimated that if the shallow waters disappear, 80 per cent of the insect population will become extinct.

"Everybody wants a piece of land, but not a land with water. The country has had three water management policies but they do not address the problem of basin management," he said, adding that for benefits in the long-term, those encroaching on wetlands should be compensated and shifted elsewhere.

Deepika Ghosh Saxena of IDEATE suggested that the government, in its conservation efforts, should make use of knowledge that exists with the resilient communities such as those of Rajasthan.

India is hosting COP 14 to Combat Desertification (UNCCD) here from September 2 to 13, to tackle the issue of land degradation. Nearly 8,000 delegates from 196 countries are participating in this event, which is holding deliberations on finding viable solutions to the growing challenges of desertification, land degradation and drought.