On the GST, the official said: "I believe tax compliance and revenue buoyancy because of demand growth will almost result in `zero` revenue loss despite the recent deductions in rates done to protect and promote sectors like textile, exports and handicrafts." 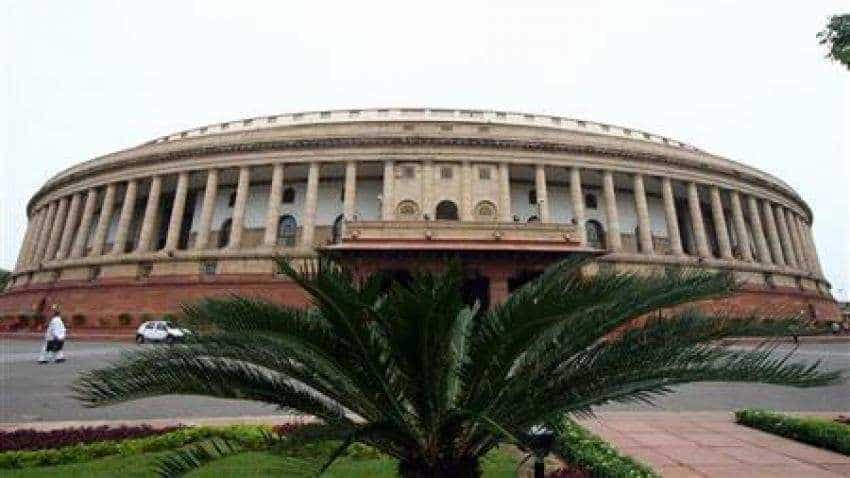 government has targeted a monthly revenue of Rs 1 lakh crore from the GST collection, Image source:Reuters

The Central government is likely to meet its fiscal deficit target on the back of robust economic growth, higher tax compliance and "zero" revenue loss in Goods and Services Tax (GST), a senior Finance Ministry official said on Tuesday.

The 2018-19 fiscal deficit -- the difference between revenue and expenditure -- has been pegged at Rs 6.24 lakh crore, as compared to the revised estimates of Rs 5.94 lakh crore for the previous fiscal.

On the GST, the official said: "I believe tax compliance and revenue buoyancy because of demand growth will almost result in `zero` revenue loss despite the recent deductions in rates done to protect and promote sectors like textile, exports and handicrafts."

The government has targeted a monthly revenue of Rs 1 lakh crore from the GST collection.

The Finance Ministry had earlier announced that the revenue collection under GST crossed the Rs 95,000 crore-mark for the second month in a row and stood at Rs 96,483 crore for the month of June (collected in July).

In a relief for common man, the GST Council in its meeting last month reduced tax rates on over 50 items including refrigerators, washing machines and small televisions, which would now be taxed at 18 per cent, down from the current 28 per cent.

Further, the official said that state governments have shown reluctance to include petrol and diesel in the GST basket, as they predict the move to curtail their overall revenue streams.

According to the official, the state governments are not willing to include petrol and diesel under the GST ambit as they would like to retain certain financial autonomy.

Besides, the official said that some state governments also utilise the taxes generated from petroleum products for infrastructure development.

The Central government is open to the idea of including the two main transport fuels in the GST basket as it will aid in bringing down prices and the overall inflation.

Recently, the prices of the two key transport fuels have risen due to higher crude oil prices and the rupee depreciation.

On August 14, the data on the Wholesale Price Index (WPI) furnished by the Commerce Ministry showed that price of high-speed diesel rose by 22.84 per cent on a Year-on-Year basis in July, petrol by 20.75 per cent and LPG by 31.68 per cent.

On July 18, Petroleum and Natural Gas Minister Dharmendra Pradhan informed the Rajya Sabha that GST Council which includes Finance Ministers of all states would decide when petrol, diesel etc can be brought under its regime.

Pradhan had pointed out that the petrol and diesel prices have been made market determined by the government effective from June 26, 2010 and October 19, 2014 respectively.