The Finance Minister said that initiatives such as payments banks, which help towards formalization of economy, are no longer "drops in ocean but have become general pattern in society now". 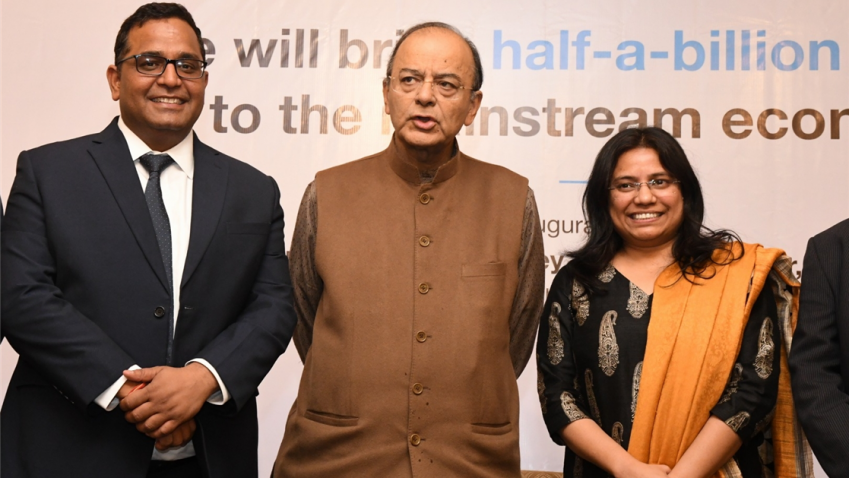 Finance Minister Arun Jaitley on Tuesday said that the government`s policy initiatives have initiated a set of "chain reaction" towards formalisation of the economy.

"Several policy initiatives of government have set up a chain reaction, which is visible in various ways," Jaitley said here at the official launch of Paytm Payments Bank.

"If you have a private company, a public sector bank taking initiative, then the practice of cash being predominant is being changed. It is a shake-up. We are being nudged into the system," he added.

The government recently took some major policy initiatives, including Goods and Services Tax (GST) and demonetization, aimed at formalization of the economy, and Jaitley, taking on the critics of these measures, said that conventional minds would initially find the change difficult but as time passes, there would be an expansion of the economy.

He said that initiatives such as payments banks, which help towards formalization of economy, are no longer "drops in ocean but have become general pattern in society now".

"It will be a great leap forward for all in the direction of greater formalization of the economy," he said.

The Finance Minister said that before Narendra Modi government came to power, the informal economy had become a way of life and the society had accepted that it would take decades to formalize it.

Taking about payments banks, he said that in contrast to earlier brick and mortar banks, now banking has gone digital.

As a result, for the entire banking activity to take place the cost of operations has become cheap, he added.

Paytm Founder and CEO Vijay Shekhar Sharma said that by March 218, the company aims at opening 1 lakh Patym ATMs across the country.

The Paytm Payments Bank accounts will be zero balance accounts with no fee on transactions. The bank offers 4 per cent interest on savings accounts and up to 7 per cent on fixed deposits.

The bank will focus on small loan disbursement ranging from Rs 2,000 to Rs 2 lakh, with the average ticket size of Rs 20,000, Sharma said.