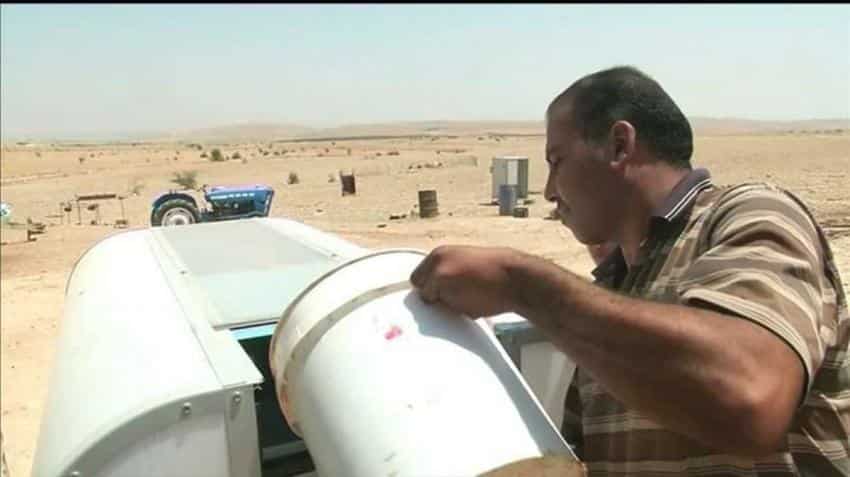 The objective of the mission is to reduce green house gases emissions as agreed in the Nationally Determined Contributions. Image Source: Reuters
Written By: PTI
RELATED NEWS

The Centre is planning to launch an integrated bioenergy mission with an outlay of Rs 10,000 crore from next fiscal to enhance use of bio-fuels like ethanol and biogas for reducing consumption of fossil fuels.

"The Ministry of New and Renewable Energy is working on an integrated bioenergy mission with an indicative outlay of Rs 10,000 crore from 2017-18 to 2021-22," a senior official said.

The objective of the mission would be to reduce green house gases emissions as agreed in the Nationally Determined Contributions at COP21.

The Centre wants to achieve this objective by progressive blending or substitution of fossil fuels such as coal, petrol, diesel, natural gas and LPG with biomass pellets, bio-ethanol, bio-diesel, bio-methane, and similar green fuels, both for electrical and non-electrical uses.

The official added the National Institute of Bio-Energy at Kapurthala is likely to be upgraded and developed into a world-class institution to support the mission.

According to the official, the government had decided to constitute a technical committee under A K Dhussa, former Advisor, MNRE, to formulate the action points into schemes, and thence to formulate the base document for the mission.

"It was also decided to float an RPF for hiring a consultant firm for developing the integrated bio-energy mission document and schemes under it," the official said.

Ethanol blending is the practice of mixing petrol with ethanol. At present, it is compulsory to blend 5 % ethanol with petrol.

Meanwhile, the government has an ambitious plans for deployment of 175 GW renewable power capacities by 2022, including 100 GW of solar and 60 GW of wind.

The biogas co-generation capacity was 4.8 gw at March-end this year compared with 3.1 gw in the same month in 2012, indicating a slow progress over harnessing this source of renewable energy.