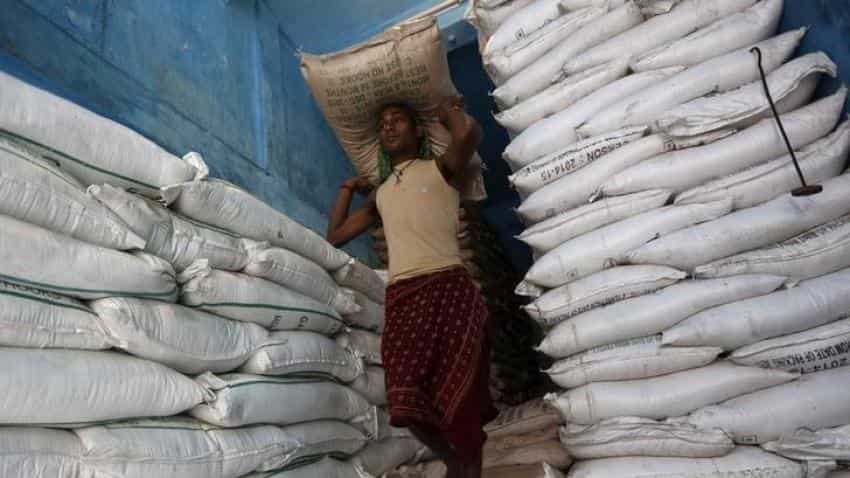 The overall output is likely to be lower than the last year because of likely sharp fall in output in Maharashtra, the leading sugar producer, as well as in Karnataka. Image Source: Reuters
Written By: PTI
RELATED NEWS

Government on Tuesday maintained the country's sugar production estimate at 22.5 million tonnes (MT) for this year, lower from the previous year, due to likely drop in output in Maharashtra and Karnataka.

In a meeting with state cane commissioners held in New Delhi, the Union Food Ministry assessed the extent of cane production, crop yields as well as sugar production and price trend for the 2016-17 marketing year.

"Initially, we had estimated the country's overall sugar output at 22.5 million tonnes (MT). Taking into account the figures submitted by the states today, it looks like the production would be at that level," a Food Ministry official told PTI.

The overall output is likely to be lower than the last year because of likely sharp fall in output in Maharashtra, the leading sugar producer, as well as in Karnataka.

"The states have not factored in the mid-year cane crop that will arrive in April-May in Maharashtra and Karnataka. If there is any further drop in crop yields in these two states, then overall output could come down. We will watch on those updates for arriving final estimates," the official said.

The official further said the sugar output figures for this year are not final as the states have been asked not to calculate sugar output solely based on cane production estimated by the Agriculture Ministry.

"We have asked them to collect actual cane output data on its own from the field or with help of the industry. States have been told to collect mill-wise yield instead of taking into account state's average yields. Once this data comes, we will be able to assess the correct sugar output," he said.

Extra efforts are being made so that correct sugar production estimates are made to take right policy decisions in the interest of farmers as well as the millers, he added.

However, at the current estimated production level, the states have been told that the country has sufficient stocks to meet the domestic requirement of about 25 million tonnes (MT).

They have been directed to take appropriate measures to curb hoarding and ensure prices of sugar under control, the official added.