The news of the government exploring to privatise the property sent ITDC shares to a high surge and the stock closed at a record Rs 336 per share, up by Rs 39.20 or 13.21 per cent. 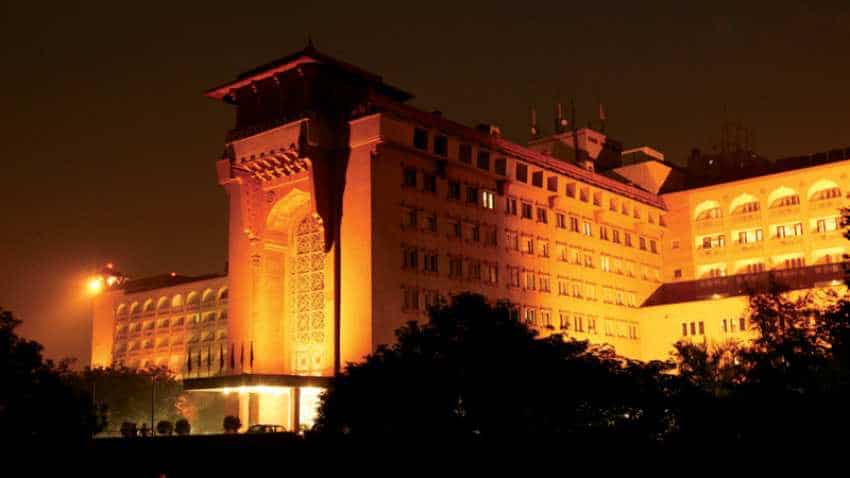 A five-star hospitality property, the Ashok, situated in the prime Lutyen`s Delhi area may soon be up for grabs, as the government is looking at options to privatise the hotel owned by the India Tourism Development Corporation Ltd (ITDC). In a notice to the BSE, the ITDC said the Department of Investment and Public Asset Management (DIPAM) is in the process of appointment of a consultant to explore the possibilities of handing operation and management or sub-leasing the property.

The news of the government exploring to privatise the property sent ITDC shares to a high surge and the stock closed at a record Rs 336 per share, up by Rs 39.20 or 13.21 per cent.

This is not the first time the Centre has tried to sell the property. The government`s attempt to sell it off dates back to the Atal Bihari Vajpayee-led NDA governments`s tenure, when the government first listed the property among those to be sold off.

Then, the Ministry of Disinvestment, under Arun Shourie, was unable to attract bidders and since then, the government has made efforts either to privatise it or put it on lease.

The BSE notice said the purpose of the exercise also includes optimum utilisation of vacant and unused land in Hotel Ashok-Samrat Complex. Hotel Samrat is adjacent to Hotel Ashok, the real estate lying in the prime area of Delhi`s Chanakyapuri that houses various foreign embassies.

The government holds 87.03 per cent stake in the ITDC and has been divesting its properties in several cities for last few years as part of its efforts to exit loss-making properties and government`s effort to exit non-core areas.

The Ashok-Samrat property is the marquee in ITDC`s portfolio and plays host to several government functions and important industry events.

The government has a disinvestment target of Rs 1,05,000 crore and has so far collected a mere Rs 12,357.49 crore from the exercise. GST collections have also been below expectations so far. During April-September, GST mop-up was about Rs 6 lakh crore.

In the 1950s, when the public sector set out to steer the economy to its heights, then Prime Minister Jawaharlal Nehru decided to build a hotel to host the ninth UNESCO conference in New Delhi. It would host world leaders, besides the conference itself.

Although the hotel is still grand, it is no longer counted amongst the fanciest hotels in the capital. After its launch in 1956, The Ashok was rechristened in 2007 with an aim to uplift its profile.

If the government`s plan to privatise the hotel bears fruit this time round, it would be an end of a grand era.