Government jobs quota: Reservations in promotions to get boost from government

In a bid to emphasise its seriousness over Dalit issues, the government would knock on the doors of the judiciary to ensure reservation in promotions for scheduled castes and tribes in government jobs. 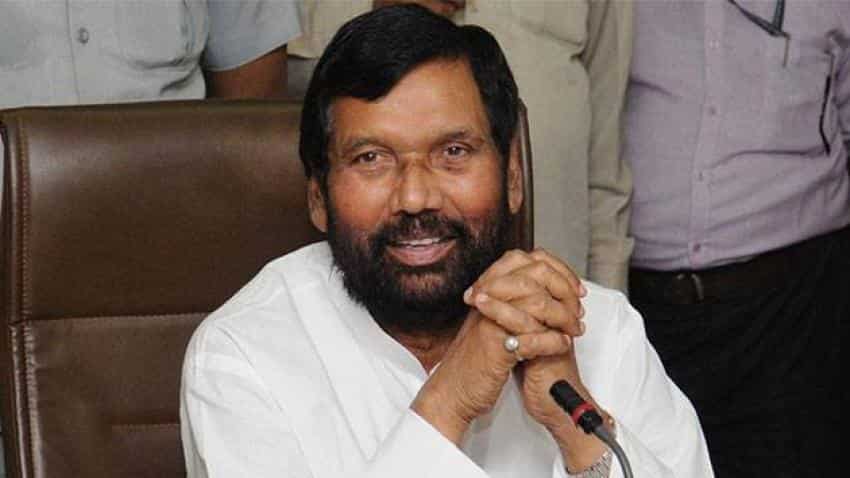 Paswan had earlier hinted that the government would not shy away from coming out with an ordinance if such a need arises. Image source: PTI

In a bid to emphasise its seriousness over Dalit issues, the government would knock on the doors of the judiciary to ensure reservation in promotions for scheduled castes and tribes in government jobs. Union minister and BJP ally Ram Vilas Paswan said the Modi government wants three issues — reservation for SCs and STs in promotions in government jobs, quota for them in universities, besides the law on atrocities against them — to be settled as per the demands of Dalit groups, which have argued that a string of court orders have hit their interests. A group of ministers, including Home Minister Rajnath Singh, is of the view that the government should move SC on the issue of reservation in job promotions, Paswan said.

The group of ministers has been constituted to deal with these issues. The Lok Janshakti Party president, who has emerged as a key spokesperson of the government on Dalit issues, told PTI that the Union government is determined to ensure that justice is done to the SCs and STs.

Paswan had earlier hinted that the government would not shy away from coming out with an ordinance if such a need arises.

He said the benefit of reservation in promotions for the communities has come to a stop following a judicial order which had laid down certain guidelines for it to continue.

We would move the apex court and urge it to review the decision, he said.

Dalit groups had hit the streets following a March 20 Supreme Court order which, they claimed, diluted provisions of the law against atrocities.

The incident of police aspirants in BJP-ruled Madhya Pradesh having caste categories written on their bare chests sparked condemnation from the chiefs of the Congress and the BSP on Monday, who alleged that it reflected the “casteist attitude” of the saffron party. The Sharad Pawar-led NCP also asked the Prime Minister’s Office(PMO) to probe the incident, calling it “shameful”. While Congress President Rahul Gandhi accused the BJP government of “knifing” the nation’s heart with its “casteist attitude”, BSP chief Mayawati alleged that the “criminal act” is the new and fresh example of BJP governments’ “new found love” for Dalits for their political gains, An inquiry has been ordered by police after photographs in various newspapers showed aspirants with “SC” (Scheduled Caste), “ST” (Scheduled Tribe) and “G” (General) marked with sketch pens on their chests as they queued up for their medical examination in Dhar district yesterday, triggering a controversy. Dhar Superintendent of Police Virendra Singh had said on Sunday that he had ordered an inquiry by a deputy SP rank officer. Singh also said that those conducting the medical examination process had told police that the markings were made to tell apart candidates belonging to different categories as the physical requirements for each of these categories were different. “However, they should have used other ways to differentiate. This is a serious matter,” he added. Taking to Twitter, Gandhi put out a picture of two youths with the words SC’ and ‘ST’ written on their chests respectively. Slamming the BJP over the issue, Gandhi tweeted, BJP government’s casteist attitude has knifed the heart of the country. By writing SC/ST on the chest of youths in Madhya Pradesh, they have attacked the country’s Constitution.