The services will help the user be aware about the public bus schedules and also to calculate delays if any. 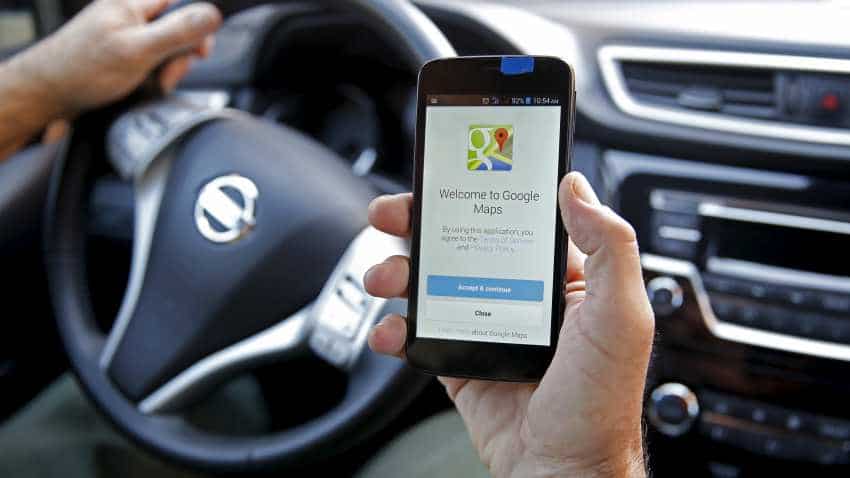 Google in a statement said that the feature was developed in partnership with Where is My Train app. Photo: Reuters

Live web mapping service Google Maps has incorporated the feature wherein the user can get live updates on bus travel time as well as live train status for Indian Railways trains on the platform. The facility is currently available for ten major Indian cities. Additionally, Google maps will also provide suggestions of auto-rickshaw and public transport to the user, by which the user can plan and get easier and quicker access to their nearest public transport. These features are India-first features, Google said in a statement. The services will help the user be aware about the public bus schedules and also to calculate delays if any.

Google's live traffic data feature is live in Delhi, Bengaluru, Mumbai, Hyderabad, Pune, Lucknow, Chennai, Mysore, Coimbatore, and Surat. To get access to the feature, one just simply needs to enter their start and end locations. Thereafter the user needs to tap the transit tab, with which the user can see the travel times from live traffic. The time will display in green when the transit is running on time and red when the public transports are running late.

Google in a statement said that the feature was developed in partnership with Where is My Train app. Google had acquired the said firm last year.

Google Maps Product Manager Taylah Hasaballah said that Google is focusing on building the feature that will deliver relevant, accurate, and reliable experience for the commuters. Transit navigation is one of the most prominent features hence  the new features should bring more value to the users.

The mixed-mode direction result includes the auto-rickshaws, which will tell the user the duration of the trip and the start and end point of the journey. Another feature that will make rounds is the rickshaw meter estimate. The feature will prototype in Delhi and Bengaluru before launching in other cities.