Ever wonder how much Bitcoins are worth in your own currency? Now Google will give you real time conversions. 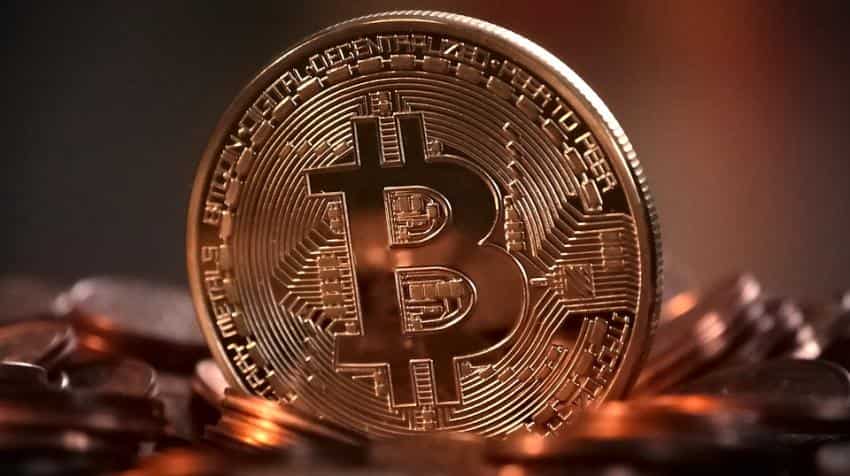 As of today, one Bitcoin was worth Rs 1,016,601.82. Image Source: Pixabay
Written By: ZeeBiz WebTeam
RELATED NEWS

Search engine, Google has begun converting the virtual currency, Bitcoin, in real time to its equivalents in other currencies.

A Google word search of the word ‘Bitcoins’ will give the search result of the value of the cryptogenic currency, a report by Economic Times said on Friday.

Bitcoin is a cryptocurrency and worldwide payment system. It is the first decentralised digital currency. 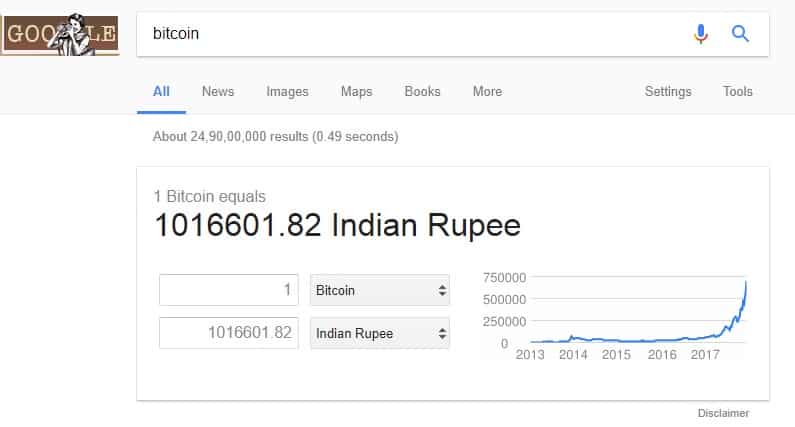 It was trading much higher yesterday at Rs 1,064,823.56 per Bitcoin, as per the report. However the Bitcoin reportedly tumbled 20% in 10 hours on the Luxembourg-based Bitstamp.

A ‘Disclaimer’ button at the bottom of the conversion given revealed that Google has sourced this information from Coinbase, a digital asset broker.

However, the Reserve Bank of India (RBI) has reiterated its concern over citizens trading in Bitcoins and other virtual currencies.

Earlier this week the RBI gave a third ‘cautioning’ reminder for users of Bitcoin and other virtual currencies against the security risks it held.

Attention of members of public is drawn to the Press Release issued by the Reserve Bank of India (RBI) on December 24, 2013, cautioning users, holders and traders of Virtual Currencies (VCs) including Bitcoins regarding the potential economic, financial, operational, legal, customer protection and security related risks associated in dealing with such VCs,” RBI said.