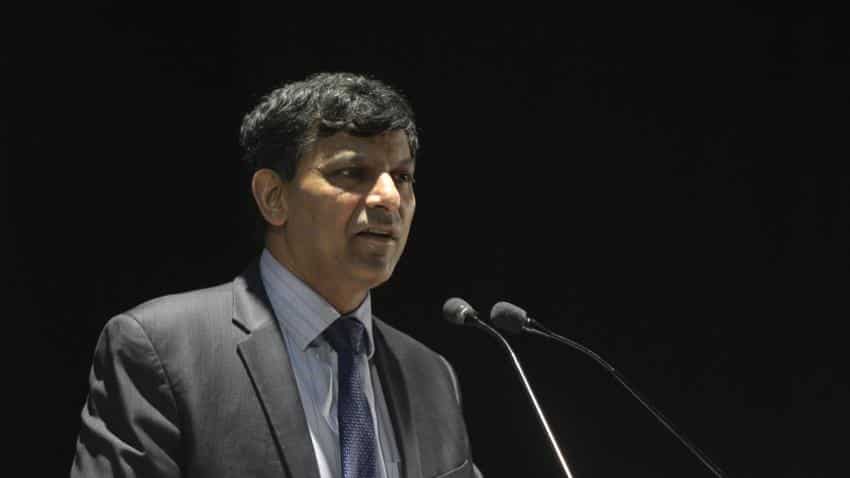 RBI should be allowed to take its own decision: Raghuram Rajan

Terming a sharp slowdown in China as a "significant risk" for the global economy and the SAARC region, in particular, Governor Raghuram Rajan on Thursday said RBI has been moderating any extreme currency volatility through its intervention.

"Reserve Bank of India (RBI) has been moderating periods of extreme volatility in the currency through exchange intervention, though only when the movement is excessive, and increasing access to foreign exchange reserves, including pooling of reserves," he said.

In his inaugural speech at the SAARCFINANCE Governors' Symposium held on Thursday, Rajan also said that India's SAARC swap arrangement with a number of SAARC countries had been drawn on by some to alleviate short-term foreign exchange needs, and had hopefully been helpful, the Governor averred.

SAARCFINANCE is a "network of central bank governors and finance secretaries of the SAARC region". The South Asian Association for Regional Cooperation (SAARC) was set up as a regional bloc in 1985.

Rajan said sharp slowdown of the Chinese economy remains a significant risk for the global economy and the SAARC region.

"The sharp contraction in China's imports over the past year, for instance, had already led to spillovers through the trade, confidence, tourism and remittance channels and SAARC nations had not been able to avert its impact. More negative externalities could follow as Chinese economy adjusted to a more sustainable path."

"Further, China already suffered from the twin-ailment of overcapacity and high leverage. Bad loans in the banking system were likely to grow over current levels and in addition there might be serious weaknesses in the shadow banking system, which could feed back to banks. Both could be significant downside risks as they could have second-round effects for SAARC economies. Chinese growth would depend not just on its policies, but also on growth elsewhere in the world," he said.

On the domestic front, Rajan also talked about steps towards fiscal consolidation to reduce the fiscal deficit, containing inflation through a combination of better food management, and a new inflation framework and calibrated monetary policies.

Rajan said India has also embarked "on a cleanup of bad debts in the banking system so as to free bank balance sheets to support growth are elements of what we have practised in the wake of global uncertainties".

The comments come on a day when the Prime Minister Narendra Modi government completes two years in office and amid a debate on whether Rajan should be given a second term after his current three-year tenure ends this September.

He also complemented the strong push being undertaken to deregulate businesses, especially the startup economy, resolving distress in power distribution companies by offering them a partial bailout, and efforts to expanding financial services to the excluded through the provision of bank accounts and direct benefit transfers.

"Leaving aside the much-anticipated goods and services tax (GST) reform, a number of other significant reforms had also taken place, including the recent passage of the new Bankruptcy Bill, which was likely to speed the resolution of distress tremendously."

He cited the cleaning up of the process of allocating public resources like spectrum and mines, and the process of appointing critical personnel, such as public sector bank chiefs, are some of the most effective reforms undertaken by the government, saying these steps "will significantly increase transparency in the system".

As the second level defences, Rajan said the country has taken measures such as being careful about foreign borrowings, especially at the very short-term. In addition, Foreign Direct Investment (FDI) norms liberalisation have resulted in record FDI inflows last financial year.

Lauding the performance of the SAARC economies, the Governor said the region has shown continued resilience in the face of turbulent international markets, maintaining its spot as the fastest-growing region in the world. The region, however, is now facing newer challenges arising from uncertainties in other parts of the world.

Warning that possible rate hike by the US Federal Reserve, the rebound of oil prices, possible exit of Britain from the European Union (EU), geopolitical risks in the West Asia and financial markets volatility are some of the possibilities that can increase macroeconomic risks for the region. He added that the risks can increase if the Chinese slowdown gathers more speed.

RBI should be allowed to take its own decision: Raghuram Rajan