Good Newwz box office collection prediction: 2019 has been phenomenal for Akshay Kumar and could get better with Good Newwz, set to release this Friday. 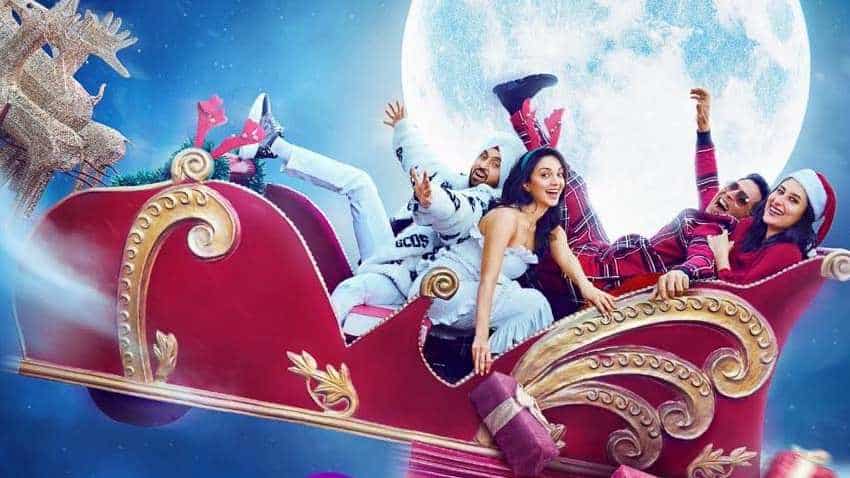 Good Newwz box office collection prediction: 2019 has been phenomenal for Akshay Kumar and could get better with Good Newwz, set to release this Friday. There is a strong buzz around the film ever since the trailer dropped and according to film trade analyst, critic and influencer Sumit Kadel it is set for a bumper opening. In a tweet on Wednesday afternoon, Kadel predicted that Good Newwz should go on to earn between Rs 20 and Rs 23 crore on the first day. The figure is very close to what Salman Khan's Dabangg 3 had earned last week.

Kadel added that Good Newwz can go on to make around Rs 75 crore in the first three day of its release and the first week box office collection could be around Rs 125 crore. Kadel said that the lifetime collection of Good Newwz could be between Rs 160 crore and Rs 200 crore. This would be an excellent figure for a content driven film.

This year, Akshay Kumar has given four hits and even as his last release, Housefull 4 failed to breach the Rs 200 crore mark, it was actor's highest grossing movie till now. In another tweet, Kadel said that Good Newwz has got huge allocation of screens in multiplexes across India which will help its collection.

The story of Good Newwz revolves around two married couples - Akshay Kumar, Kareena Kapoor and Diljit Dosanjh and Kiara Advani, both trying to conceive a baby through In-vitro Fertilisation (IVF). In a goof up at the clinic, the sperms are exchanged and what happens then, forms the rest of the story.

The film will face tough competition from last week's Dabangg 3 which was hit by protests across the country and is yet to perform to its full potential.