Good news! Modi government has this big plan for industrial clearances and approvals - Here is what Piyush Goyal revealed

It's a good news for traders and people involved in business establishments as Modi government is planning to set up a single window system for industrial clearances and approvals. 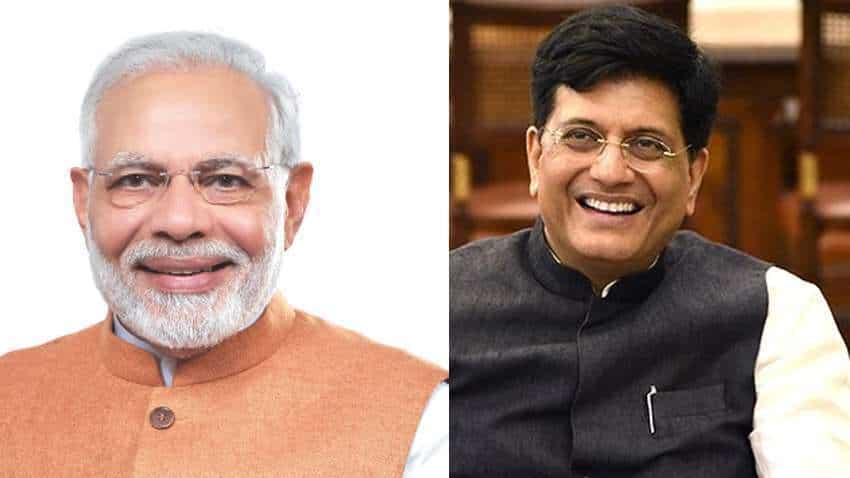 Port land may be used for 'Aatmanirbhar Bharat' projects

It's a good news for traders and people involved in business establishments as Modi government is planning to set up a single window system for industrial clearances and approvals. Commerce and Industry Minister Piyush Goyal has confirmed that the government is soon going to set up a single window system for clearances and approvals of industry in the country and this would be a genuine single window and all the concerned State Governments and Central Ministries are being taken on board for the system.

Elaborating about the Modi government's plan for industrial clearances and approvals, Piyush Goyal further said that government is working on creating a land bank, for which six States have already given their consent.  He said that the potential investors would then be able to locate and identify the land banks from their distant offices and finalise the location of industries, without frequently visiting the offices of land owning agencies.

Moreover, on the issue of further easing and speeding up the process of approvals for industry and investments, the Minister also referred to the recent decisions of the Cabinet to set up an Empowered Group of Secretaries led by the Cabinet Secretary to take decisions on various industries’ schemes and projects.

The Minister said that the Government had initially identified 12 industrial sectors to focus upon, and the same has been expanded to 20.  This will help in scaling up investment, and leveraging the competitive edge of the country.

Port land may be used for 'Aatmanirbhar Bharat' projects