South Central Railway CPRO told Zee Business Online that once operational, this section will not only reduce train delays on the route but will also provide for faster movement. 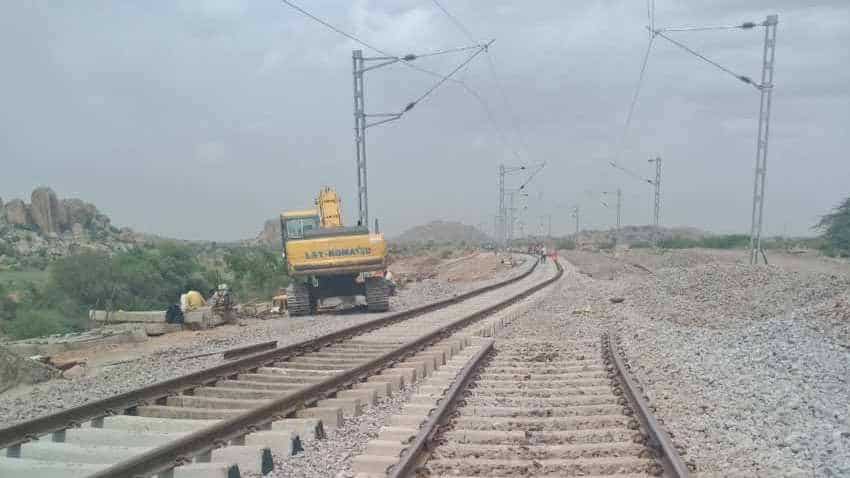 In good news for Indian Railways commuters, travelling to Bengaluru from northern and eastern India and vice-versa is all set to get a boost in the coming days. The work on the new Guntakal–Kalluru section of the South Central Railway is in full swing and is expected to get completed in this financial year. The new route will also fulfill the dreams of Rayalaseema people to have better rail connectivity and more trains will be fulfilled with the completion of the project.

South Central Railway CPRO Ch Rakesh told Zee Business Online that once operational, this section will not only reduce train delays on the route but will also provide for faster movement.

"The existing Gooty to Guntakal section that provides the connectivity between these regions is already over saturated. The Guntakal – Kalluru section will provide the second alternative with the double line. It will reduce stress on the existing section and will also provide for the faster movement of the trains," said Rakesh.

He said that the railways is according top priority to the Guntakal-Kalluru Doubling and Electrification project to improve the mobility of train operations. The doubling and electrification of the balance stretches between Guntakal–Gulapalyamu & Khadarpet-Kalluru for a distance of 17.36 Kms are under fast progress and targeted to be completed by March 31, 2019. 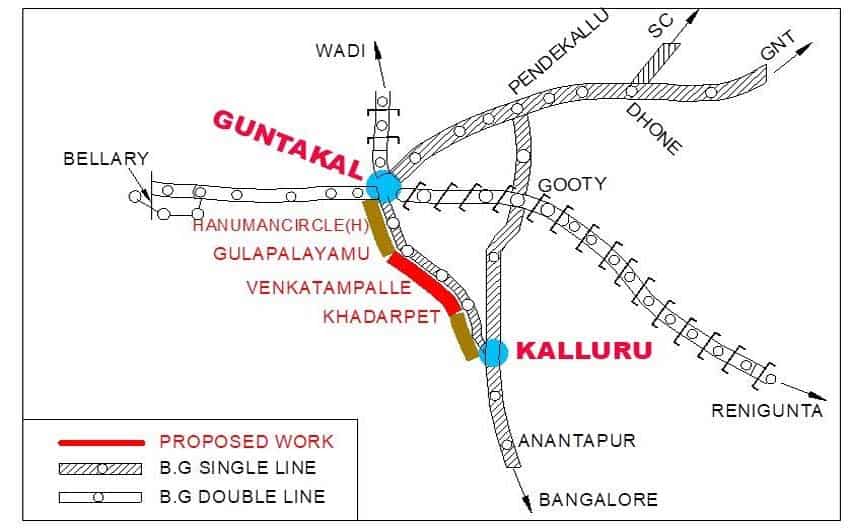 "The Guntakal-Kalluru Doubling & Electrification project is an important by-pass rail line for a distance of 41 Kms connecting the main line in which trains from Delhi, Mumbai and Hyderabad are run towards Bengaluru. So far the doubling and electrification work between Gulapalyamu-Khadarpet for a distance of 23 Kms have been completed and commissioned," he said.

The section between Guntakal and Kalluru is like a bye-pass line to Guntakal from Bengaluru. It is a bottleneck presently with a single line but is the most accessible shortest route to many important cities of southern states, from where railway lines going towards Hyderabad, Raichur, Bellary, Hubli, Goa and the National capital New Delhi. Many important trains linking Bangalore with other cities, including the Rajdhani Express (Delhi), Basava Express (Bagalkot), Hampi Express (Hubli), Gorakhpur Express and Garibrath Express (Delhi) and other non-daily trains operate on this route connecting from Bengaluru to North, East & Western parts of India via Guntakal station.

This route also serves the goods train and the freight traffic mainly contains iron ore, cement, steel, etc. There is a number of cement factories in the neighboring districts of Kadapa, Kurnool, Bellary & Gulbarga which are feeding the cement traffic on this route. 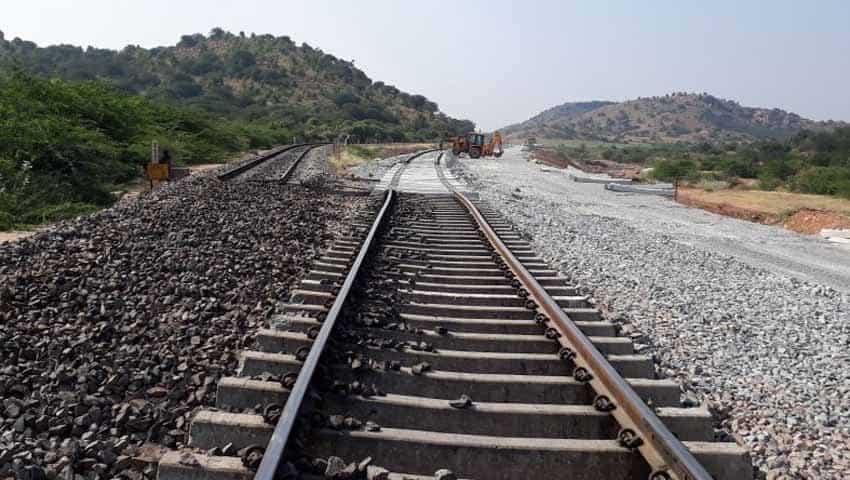 The double line i.e Guntakal - Kalluru section is passing through drought affected Anantapur District of Andhra Pradesh. This double line which is connecting Guntakal, Dharmavaram and Bangalore without touching Gooty will enhance the passenger services and mobility of the people residing in the region, which acts as a catalyst for the socio-economic progress of the people.

Presently, there are 15 pairs of passenger trains (including non- daily) running in the section and doubling and electrification will provide facilities to increase the number of train services.

Doubling of this line is very crucial in order to run more number of goods trains in a seamless manner.