India is all set to join the powerful 15-nation Security Council as a non-permanent member. India is a candidate for a non-permanent seat from the Asia-Pacific category for the 2021-22 term. 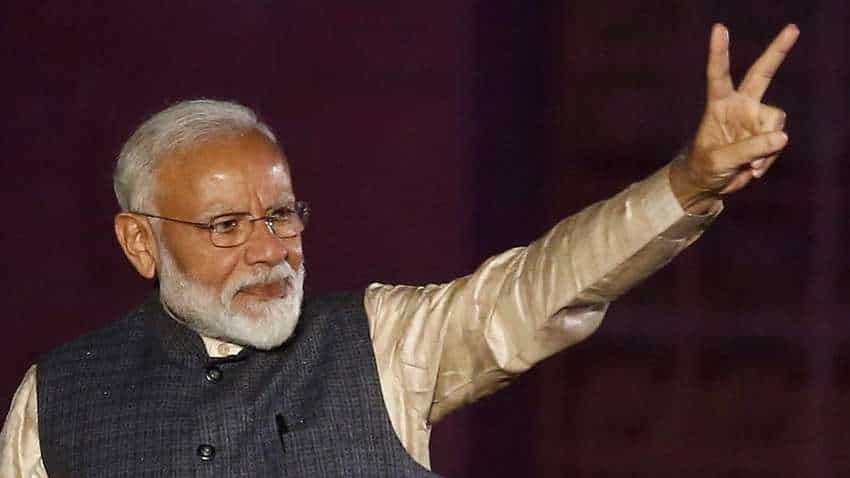 India's victory is certain since it is the sole candidate vying for the lone seat from the grouping. Reuters photo.
Written By: Prashant Singh
Edited By: Harish Dugh
RELATED NEWS

India's victory is sure

India's victory is certain since it is the sole candidate vying for the lone seat from the grouping. New Delhi's candidature was unanimously endorsed by the 55-member Asia-Pacific grouping in June last year.

President of the UN General Assembly Tijjani Muhammad-Bande on Monday circulated a letter to member states with the names of candidates for the various elections.

For the two vacant seats from among the African and Asia-Pacific States, three candidates have been communicated, namely, Djibouti, India and Kenya.

For the two vacant seats from among the Western European and other States, three candidates have been communicated, namely, Canada, Ireland and Norway.

The 193-member UN General Assembly will hold elections for President of the 75th session of the Assembly, five non-permanent members of the Security Council and members of the Economic and Social Council under special voting arrangements put in place at the UN headquarters due to COVID-19 related restrictions.

Each year the General Assembly elects five non-permanent members (out of 10 in total) for a two-year term.

The 10 non-permanent seats are distributed on a regional basis as follows: five for African and Asian States; one for Eastern European States; two for the Latin American and Caribbean States; and two for Western European and other States.

To be elected to the Council, candidate countries need a two-thirds majority of ballots of Member States that are present and voting in the Assembly.

India's Permanent Representative to the UN Ambassador T S Tirumurti has said that India's presence in the Security Council will help bring to the world its ethos of 'Vasudhaiva Kutumbakam', as he underscores that the United Nations as well as multilateralism need to change to reflect contemporary realities and remain credible as the world organization marks its 75th anniversary this year.