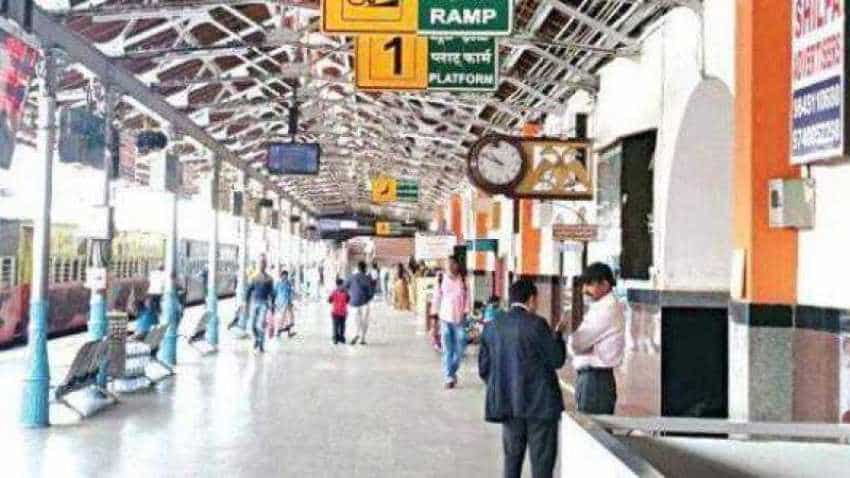 Rail Sahyog is a platform for corporates and PSUs to contribute to creation of amenities at or near railway stations through CSR funds. Image source: PTI
Written By: PTI
RELATED NEWS

General Insurance Corporation has committed to provide funds for 5,000 stainless steel benches at railway stations as part of three projects supported through Rail Sahyog, Railway Minister Piyush Goyal said Friday. Rail Sahyog is a platform for corporates and PSUs to contribute to creation of amenities at or near railway stations through CSR funds.

These benches will be provided at 250 stations of Central and Western Railway. "Over 2,400 toilets will be constructed in circulating area of stations with separate units for men, women and Divyangjan with low-cost sanitary pads dispenser, incinerator and condom vending machines, through CSR support from corporates like Coal India Ltd. And its subsidiaries," Goyal said.

Railways will also roll out its WiFi-initiative across the country. Out of 8,738 stations, 6,441 have been planned to be given Wi-Fi facility, excluding 2,297 halt stations.  So far, 832 stations have been equipped with Wi-Fi facility.  As many as 775 more stations will be covered with Wi-Fi service by March.

A total of 4,791 balance stations will be taken up by TATA Trust and are targeted for commissioning progressively by September 2, 2019, on the auspicious occasion of Ganesh Chaturthi, Goyal said.