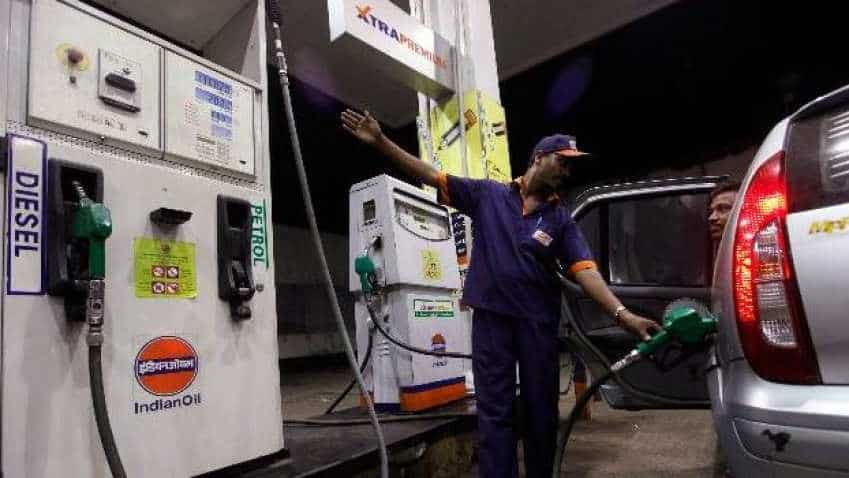 After keep the price of petrol and diesel unchanged for two days, oil marketing companies (OMC's) slashed fuel rates on Friday. On revision of prices, Petrol is now cheaper by 20-21 paise across metro cities, while diesel is selling cheaper by 21-23 paise per litre. In Delhi, petrol is retailing at Rs 68.44 as compared to Rs 68.55 on Thursday. While diesel in the city is selling at Rs 62.44 on Friday against Rs 62.44 on Thursday. Petrol has reached its lowest prices since June 2018 due to falling crude oil in international markets.

In Noida and Gurugram, petrol and diesel became cheaper by 16 and 18 paise per litre, respectively compared to Thursday's price. In Gurugram and Noida, petrol is priced at Rs 69.77 and Rs 68.74, respectively and diesel is being sold at Rs 62.71 and Rs 62.10, respectively.

Oil prices surged on Friday in Asian markets amid weak currency and stock markets, and as investors fear of economic slowdown for 2019 sustains, the gobal sentiments are also weak. Oversupply of crude oil globally is also a major reason of constant fall in crude oil prices.

The Indian rupee opened strong on Friday and was trading at 69.92 against the US dollar. However, International Brent crude futures were up 36 cents, or 0.16 percent, at $56.04 per barrel on Friday. It may be noted that retail fuel prices depend on 15 day average of both international crude price and rupee-dollar exchange rate.

As the fuel prices have corrected over 18 per cent since June 2018, the commuters will continue to have a relief on their pockets.