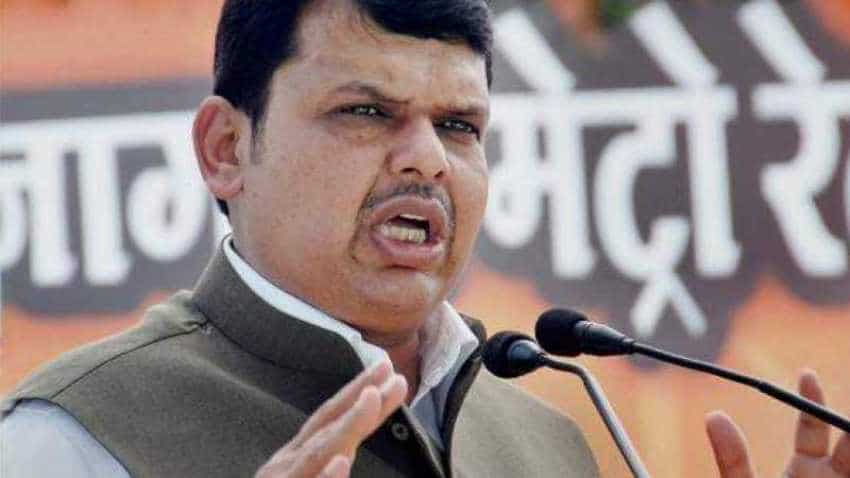 The programme organised by the Atharva Foundation to pay tribute to Indian Army soldiers in Mumbai. Image source: PTI

Maharashtra Chief Minister Devendra Fadnavis made a significant announcement for the welfare of martyrs families of Indian Army, saying the state government would double the encouragement grant to Rs 50 lakh, besides giving two acres of land. This big announcement has come as some very good news for Army jawans and martyrs' families. He said the senior state officials along with district authorities have been instructed to provide the piece of land to such families.

Further, the state government has also doubled the grant, Rs 30 lakh so far, given to awardees of Paramvir Chakra and Ashok Chakra to Rs 60 lakhs. The government has taken another decision to double the grant given to awardees of Sena Medal, Veer Chakra, Shaurya Chakra, Youdh Sena Medal to Rs 24 lakh. Along with it, those who extended special services in Indian Army, Indian Navy, and Indian Air Force would now get Rs 16 lakh from the earlier amount of Rs 6 lakh.

Notably, the state government has also doubled the monthly pension amount given to medal awardee jawans and their families. The programme organised by the Atharva Foundation to pay tribute to Indian Army soldiers who continued to sacrifice their lives for the safety and security of the nation. The foundation basically is a social initiative to provide skills to women, children and youth so that they may lead a self-reliant life with respect.

The programme organised in Mumbai's Worli was participated by dignatories including Chief Minister Devendra Fadnavis, Union Minister for Transport and Highways Nitin Gadkari along with cine star and now an MP Hema Malini.