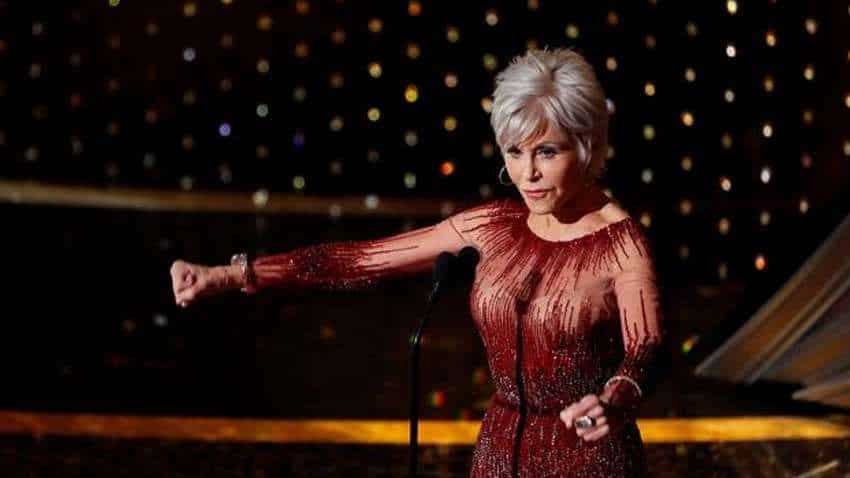 Washington [US], March 1 (ANI): At this year`s Golden Globes, American actor Jane Fonda received the prestigious Cecil B. DeMille Award. According to Variety, the honour recognises Fonda`s illustrious career in film, one that saw her top the box office and cement her name in movie history by starring in such classics as `Klute,` `The China Syndrome` and `9 to 5.

`More recently, Fonda has appeared in the Netflix series `Grace and Frankie` as well as `Book Club` and `Youth.` The 83-year-old star`s other films include `The Electric Horseman,` `Barefoot in the Park,` `Coming Home, and `Julia.`One of her biggest commercial successes was the 1982 release of her first exercise video, `Jane Fonda`s Workout,` which went on to sell 17 million copies and spawned several follow-ups.

Fonda has been equally well known for her political stances - protesting the Vietnam War, campaigning for civil rights, and advocating for feminist causes.

Currently, Fonda is leading Fire Drill Fridays as part of a national movement to raise awareness about the climate crisis.

The Cecil B. DeMille Award is the highest honour given out by the Hollywood Foreign Press Association, the organisation behind the Globes.

A 15-time nominee, Fonda has been awarded Golden Globes for seven-times.

This is the first bi-coastal ceremony, with Tina Fey hosting from the Rainbow Room in New York City, and Amy Poehler hosting from The Beverly Hilton in Beverly Hills, California. The nominees for Golden Globes were announced on February 3.