Gold prices held firm on Thursday after hitting the highest in two weeks in the previous session, with improved risk appetite weighing on the U.S. dollar. 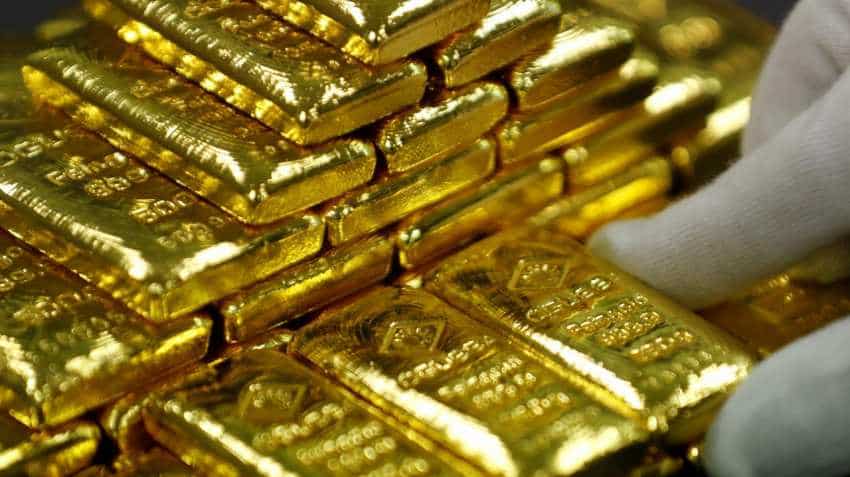 Gold prices held firm on Thursday after hitting the highest in two weeks in the previous session, with improved risk appetite weighing on the U.S. dollar. Spot gold was 0.1 percent higher at $1,227.11 per ounce at 0344 GMT. Prices on Wednesday marked their strongest since Nov. 7 at $1,230.07 per ounce. U.S. gold futures were down 0.2 percent at $1,226.1 per ounce.

The dollar was broadly lower as demand for safe haven currencies declined after a rebound in global equities and the euro strengthened on hopes for a resolution of Italy`s budget dispute. [USD/]

Meanwhile, Asian shares stepped ahead cautiously, though rising U.S. interest rates and escalating trade tensions kept financial markets on edge amid signs of slackening global growth. The dollar has been under pressure this week as cautious comments by Fed officials about a potential global slowdown raised doubts on the pace of interest rate hikes.

The doubts were heightened by data on Wednesday showing weekly jobless claims rose to a more than four-month high and new orders for U.S.-made capital goods were unexpectedly flat in October.

"We are seeing some impact of the weaker than expected durable goods number, which has reinforced investors to question their expectations of rate hikes in 2019 and weaker dollar followed," Hynes added.

A fourth rate hike for this year is expected next month and policymakers had earlier indicated two more by June 2019. Prospects of higher U.S. interest rates are negative for dollar-priced gold as they raise the opportunity cost of holding bullion.

Gold has been holding up well amid a weaker dollar, geopolitical tensions like Brexit and the U.S.-China trade war and an unconvincing stock market, said Brian Lan, managing director at Singapore dealer GoldSilver Central.

Spot gold may end its bounce around a resistance at $1,231 and then test a support at $1,211 per ounce, according to Reuters technical analyst Wang Tao.