Gold supplies are limited due to lower imports in the last few weeks, said a Mumbai-based dealer with a private bullion importing bank. 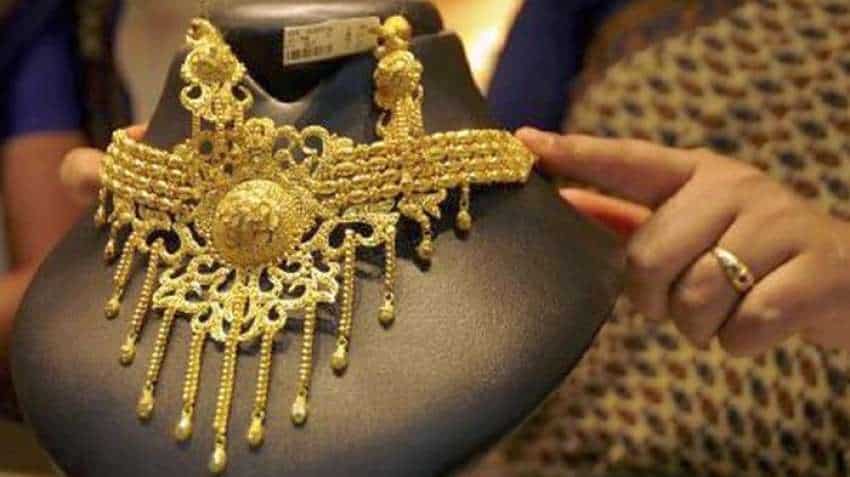 Gold was sold at a premium in India this week after a drop in domestic prices boosted demand, while buyers elsewhere in Asia were sidelined, waiting how the escalating trade tensions between the United States and China would evolve, traders said. Gold futures in India, the world`s second-biggest gold buyer, were trading at around 30,645 Indian rupees ($444) per 10 grams on Friday, after falling to 30,244 rupees on Tuesday, the lowest since March 20.

"Many buyers were waiting for the correction. As prices have fallen, they started placing orders," said Ashok Jain, proprietor of Mumbai-based wholesaler Chenaji Narsinghji.

But Jain said the weakness in the rupee, which has fallen 8 percent this year and trading near a record low, has capped the decline in local gold prices.

Indian dealers were charging a premium of up to $1.50 an ounce over official domestic prices this week, compared to a discount of $2 last week. The domestic price includes a 10 percent import tax.

Gold supplies are limited due to lower imports in the last few weeks, said a Mumbai-based dealer with a private bullion importing bank.

India`s gold imports could drop 18 percent this year as rising prices and a falling rupee have dented demand from retail jewellery buyers, a Reuters poll showed.

In top consumer China, premiums this week were nearly unchanged from the previous week at $2-$5 an ounce against the international benchmark.

"Premiums didn`t move too much because the strong dollar affected demand. The Indian rupee is very weak and the renminbi is weak too," said Ronald Leung, chief dealer at Lee Cheong Gold Dealers in Hong Kong.

Spot gold fell this week to its lowest in nearly seven months at $1,237.32 amid a strong U.S. dollar.

Fears over the impact of the U.S.-China trade dispute pushed buyers on the sidelines, traders said. The world`s two biggest economies slapped tit-for-tat duties on $34 billion worth of the other`s imports on Friday.

In Singapore, premiums ranged between 50 cents to $1 this week compared with 80-90 cents last week, and were unchanged at 50 cents in Tokyo.

"There`s still demand but it`s far from the busier time of the year. There are some buyers from the jewellery sector and mostly private investors in Singapore," said Joshua Rotbart, managing partner at J. Rotbart & Co in Hong Kong.