Gold prices in the global commodity market are expected to touch $1430-32 per ounce and in the current market scenario, it is expected to trade in the range of $1360 to $1432 range. 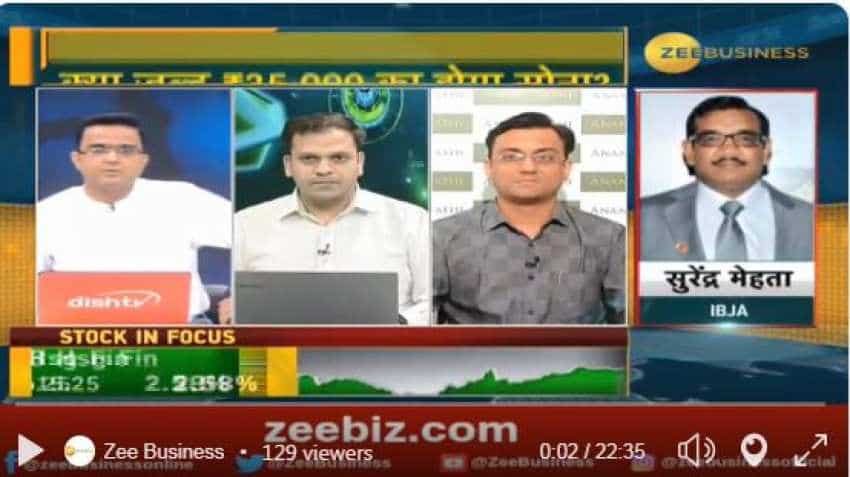 On account of gold accumulation by countries like China, Kazakhstan, Iran, Mexico crating slump in supply in the global markets, ongoing geopolitical tension, especially between the US-Iran and the US-China, and Fed Chief's dovish stance on interest rate cut, gold prices have soared to a six-year high in the global commodity market. However, the experts are of the opinion that the reasons for this rally in the yellow metal is expected to stay for the rest of the year and hence by Diwali, it may show $1440 per ounce levels. Currently, it is trading at around $1391 per ounce levels.

Speaking on the current gold price rush Surendra Mehta, Secretary, IBJA told Zee Business TV, "Major reason for the gold prices rising to its six-year high is due to the ongoing geopolitical tension between the US-Iran and the US-China that has created a panic among the emerging economies. Apart from this, the dovish stance adopted by the Federal Reserve on the interest rate cut has also played a major role in this shot up of the gold prices." Asked about the future ahead for the gold futures Surendra Mehta of the IBJA said that in next six months the gold prices in the global commodity market are expected to touch around $1430-32 per ounce and in the current market scenario, it is expected to trade in the range of $1360 to $1432 range.

Standing in sync with IBJA's views Anuj Gupta, Deputy Vice President — Currency and Commodities at Angel Broking told Zee Business TV, "Since gold prices have scaled to its six-year high in last fortnight, we are expecting some profit booking in gold but overall the trend is still bullish. In the rest of the year, by Depawali we can see the gold prices reaching up to $1440 per ounce levels." Asked about the gold outlook in MCX terms Anuj Gupta of Angel Broking said, "In MCX terms, Gold prices are expected to show Rs 3,600 levels by end of Deepawali.