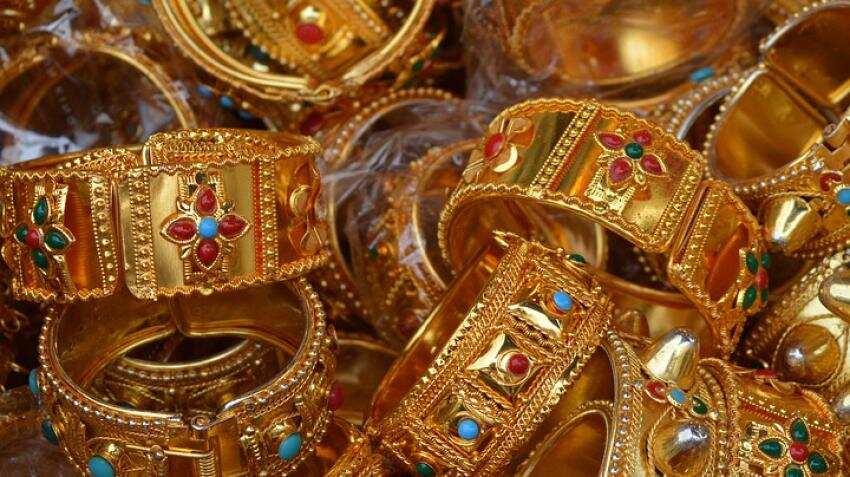 Gold price in India today: The yellow metal in India was trading on a opposite direction on Saturday, with 24 karat gold in various grams trading on a negative note, whereas 22 karat gold in various grams rising during the same day. In the case of silver prices, they faced selling pressure from investors today. Recently an industry body revealed that, gems and jewellery exports have declined by nearly 9% in fiscal year FY18. Also a Reuters report stated, physical gold demand lacked vigour in most Asian hubs this week amid a slight dip in prices, while the yellow metal switched to a premium in India for the first time in over 1-1/2 months due to a correction in local rates.

Gold in India has been a perfect hedge against inflation over the years and investors are now increasingly looking at it as an important source of investment. Here's where the price of 24 karat and 22 karat gold stands currently.

As per the reports, it is being known that, in India, dealers were charging a premium of up to $1 an ounce over official domestic prices. This compared to a discount of $1 last week as the country celebrated the annual Akshaya Tritiya festival, when buying gold is considered auspicious.

However, retail demand in India, the second-biggest gold consumer after China, remained subdued, added the report.