Gold - traditionally seen as a safe place to invest in uncertain times - hit a more than six-year high of $1,557 in September and with gains of about 17% so far is set for its biggest yearly gain since 2010. 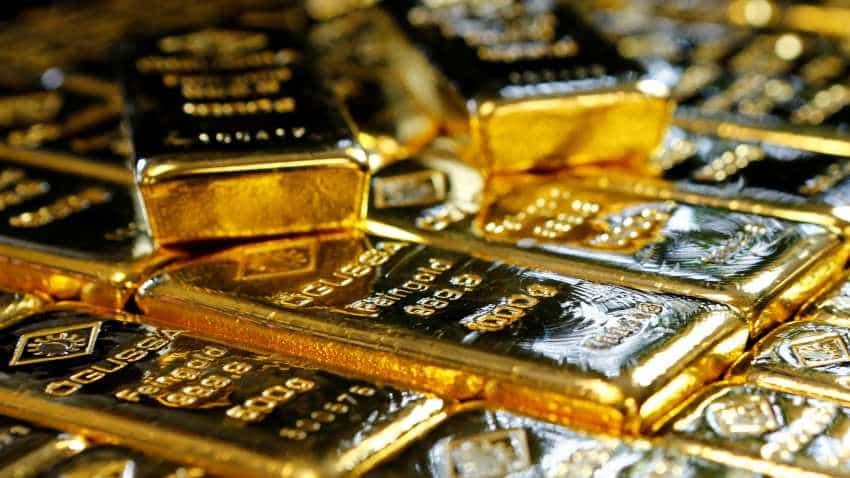 Fragile global growth and the prospect of interest rates staying lower for longer, boosting gold`s appeal for nervous investors, are behind upward revisions to price forecasts for the yellow metal, a Reuters survey showed.

Spot gold will average $1,402 an ounce in 2019 and $1,537 an ounce next year, according to the median forecasts returned by the poll of 40 analysts and traders in mid-October.

Gold - traditionally seen as a safe place to invest in uncertain times - hit a more than six-year high of $1,557 in September and with gains of about 17% so far is set for its biggest yearly gain since 2010.

A U.S.-China trade war has sent a shiver through the global economy.

The U.S. Federal Reserve has meanwhile cut interest rates twice this year to stimulate growth, and other major central banks have followed suit.

"If central banks and exchange-traded funds keep on buying and the Fed continues with lowering interest rates, we will talk about prices of $1,600 in the near future," said LBBW analyst Frank Schallenberger.

Silver will remain cheap relative to gold, with the gold/silver ratio averaging 86 in 2019 and 85 in 2020, not far from a more than two-decade high just above 93 reached in July.

Silver in September breached the $19 mark for the first time since 2016. It tends to move with gold, but around half of consumption comes from industry, and weaker economic growth would drag on demand and, potentially, prices.

Speculative bets on price rises for gold on the COMEX exchange have eased slightly from record highs in September, while those for silver have also dipped from a near two-year peak in July.
High prices have also dampened demand in Asia, the biggest gold-consuming region.

"The main negative factors (for gold) are the speculative overhang in the futures market and the lacklustre demand from physical buyers in India, to some extent in China and amongst Western coin and bar purchasers," said Ross Norman, an independent analyst.

"Gold is due a period of consolidation and perhaps even a temporary correction," he said.