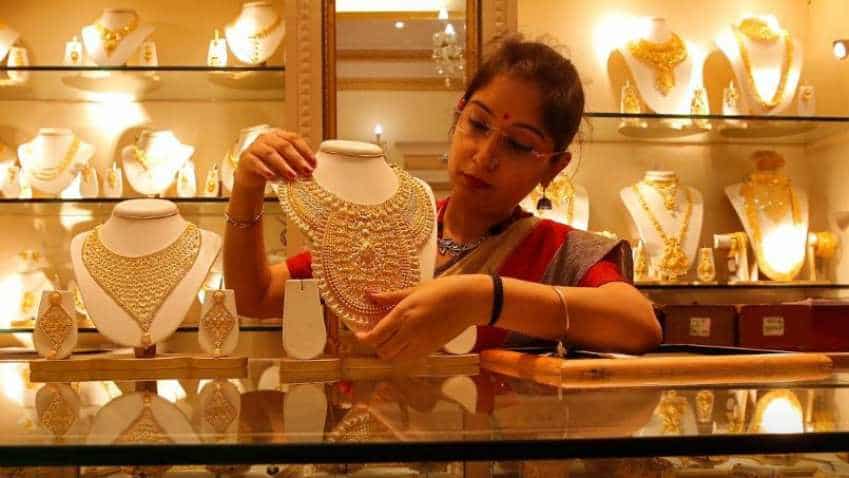 The price of gold in India hit a record high of 35,430 rupees per 10 grams on Friday, tracking gains in the world market and helped by a weak rupee. Dealers this week were offering a discount of up to $15 an ounce over official domestic prices, the highest since September 2016. Dealers offered discounts of about $7 last week. The domestic price includes a 10% import tax and 3% sales tax.

"Even after offering $15 discount, jewellers are not ready to make purchases," said a Mumbai-based dealer with a bullion importing bank. Demand will remain subdued for at least the next few weeks unless prices correct significantly, the dealer said. Almost all jewellery shops in Mumbai`s Zaveri Bazaar, India`s biggest bullion market, were deserted on Friday, dealers said.

"The price level is encouraging people to sell old gold. Buying is negligible at this price," said Ashok Jain, proprietor of Mumbai-based gold wholesaler Chenaji Narsinghji. India`s gold imports in May jumped 49% from a year earlier to 116 tonnes as a correction in local prices during a major festival boosted retail demand, a government source said on Tuesday. In rural areas, demand has softened as farmers are focusing on sowing of summer-sown crops, Jain said.

Premiums in top gold consumer China ranged from $14 to $20 an ounce over the global benchmark, up from $10 to $12.50 in the previous week. "There was safe-haven demand as well, as people are betting that U.S. will cut rates sometime this year," said Samson Li, a Hong Kong-based precious metals analyst with Refinitiv GFMS. "But, jewellery is the bulk of the Chinese consumption and is still sagging in a dull season."

Markets in Singapore and Hong Kong saw premiums remaining flat at around 60 cents and 50 cents to $1.20, respectively, with customers selling back gold to lock profits. "We got back so much from customers that the refinery could not accept any more from us ... at least until next Wednesday," a Singapore-based bullion dealer said.

Spot gold surpassed the key $1,400 an ounce level on Friday, scaling a six-year peak at $1,410.78. Japanese customers were enjoying higher prices by selling back gold and as a result, the metal was being sold at a $1 discount, a Tokyo-based trader said.